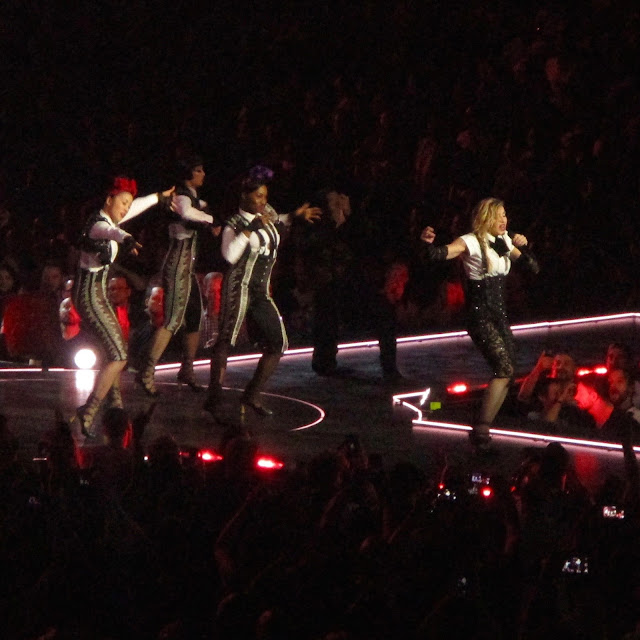 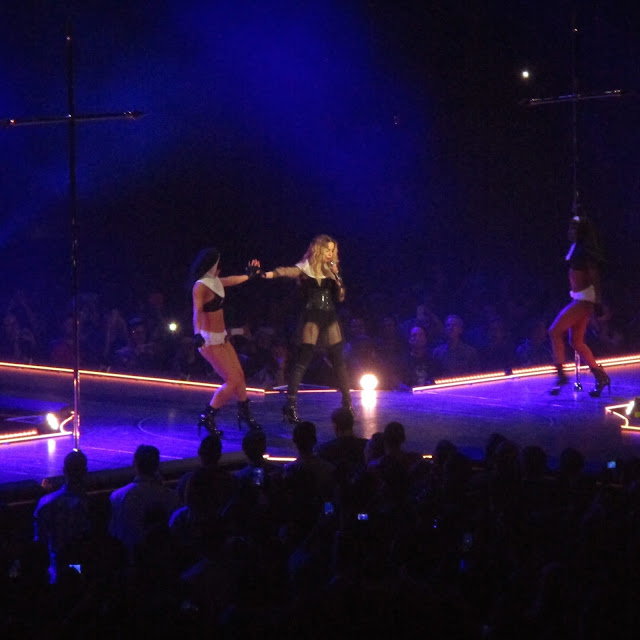 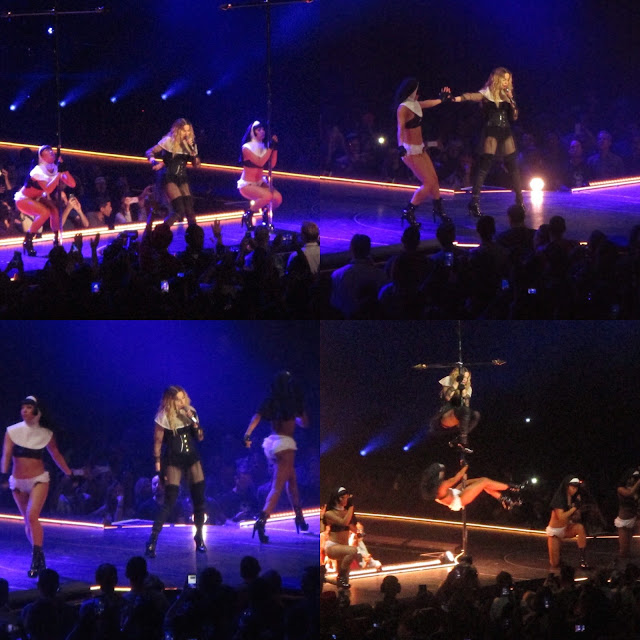 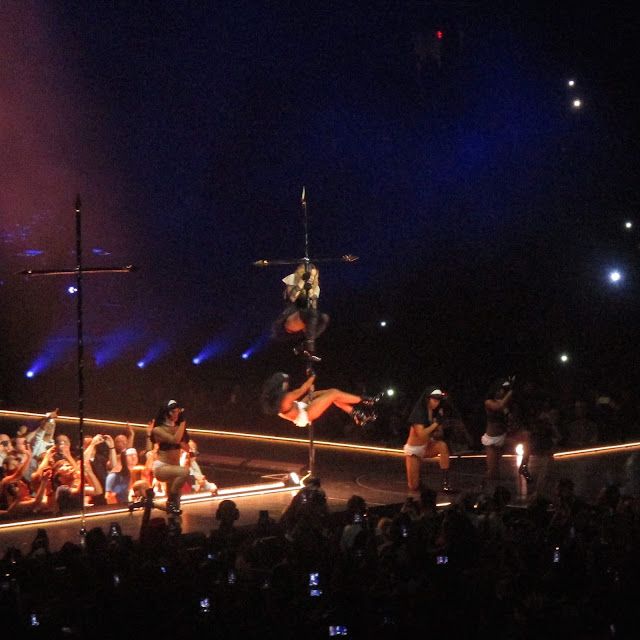 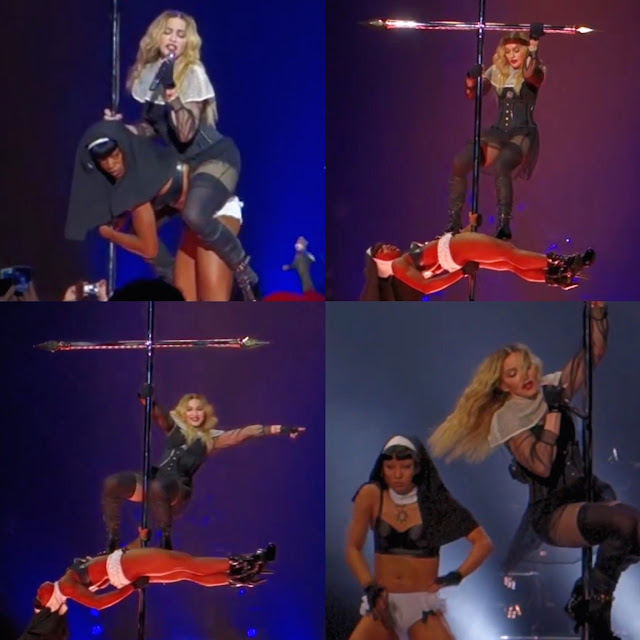 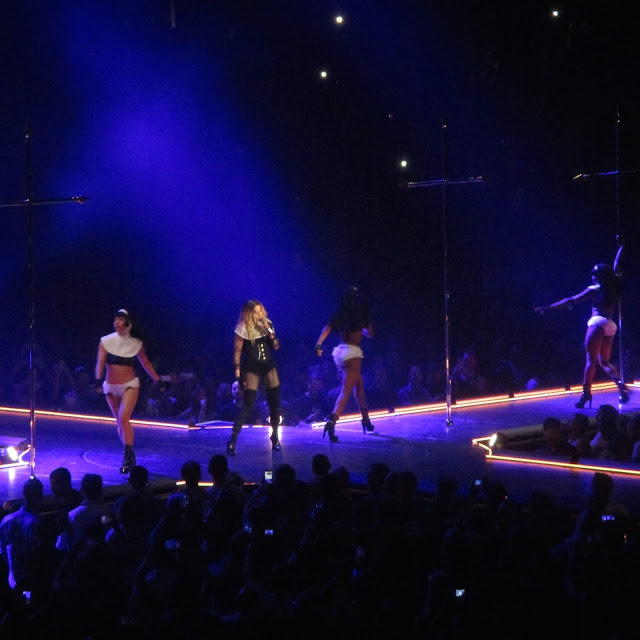 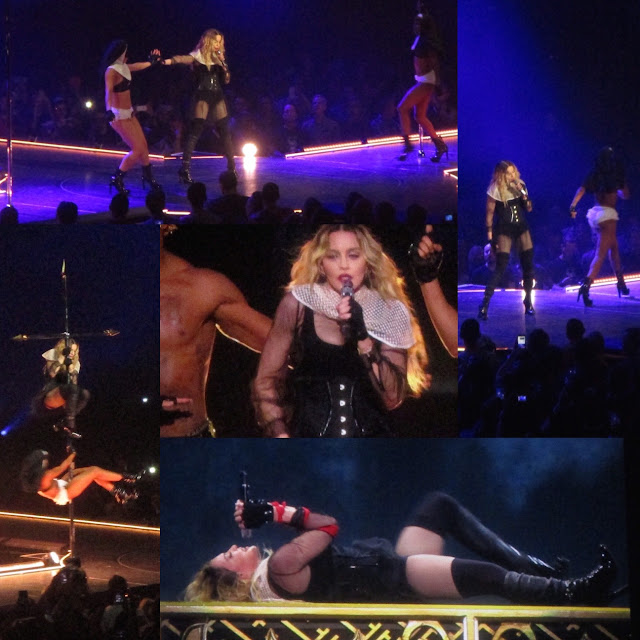 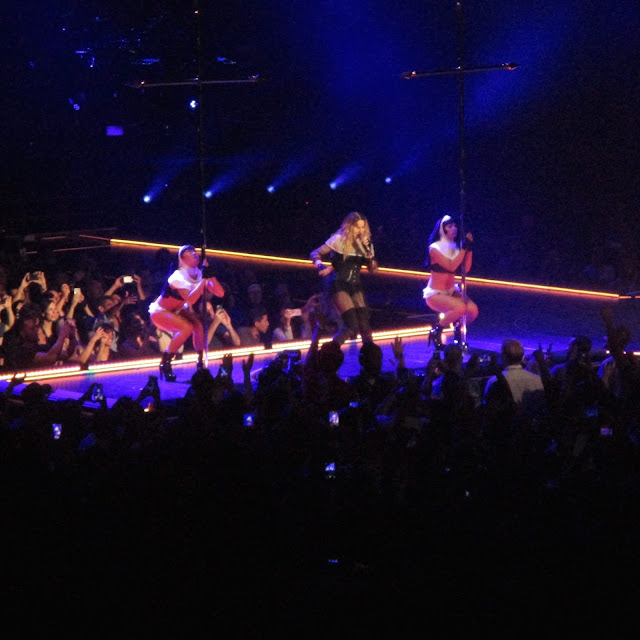 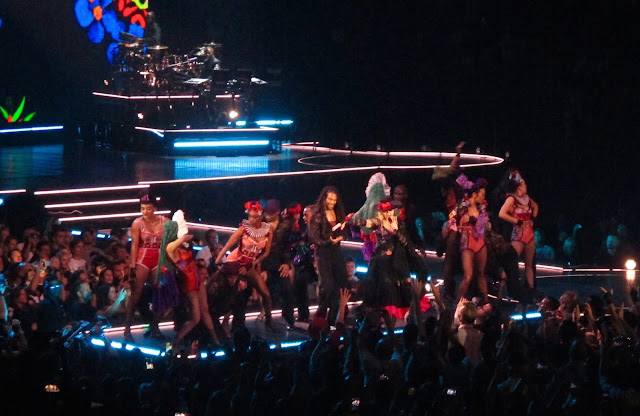 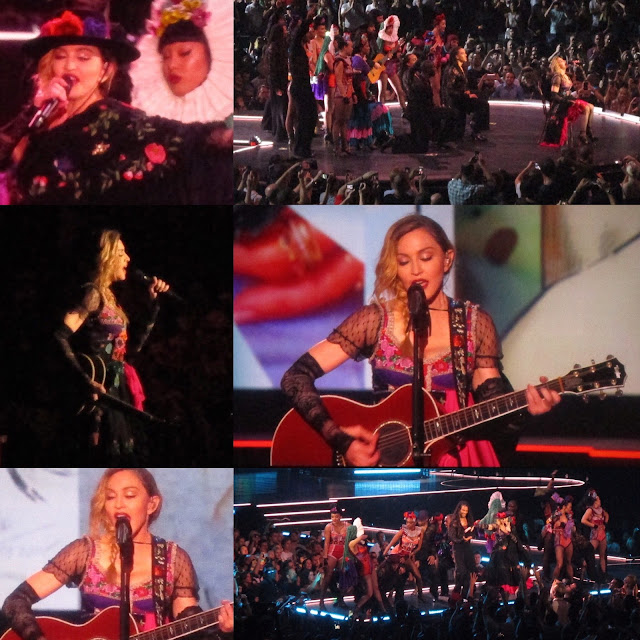 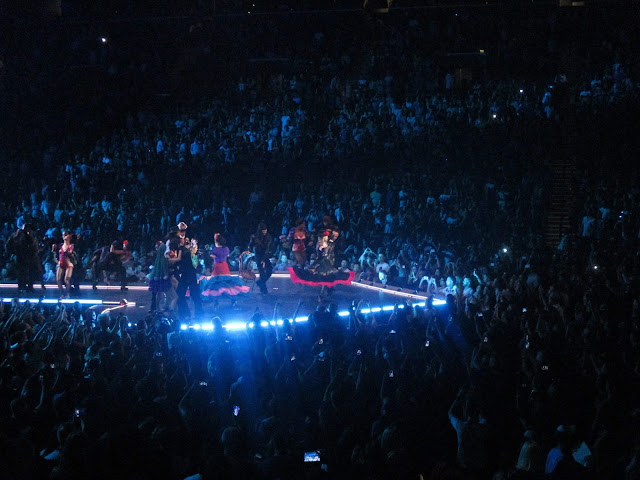 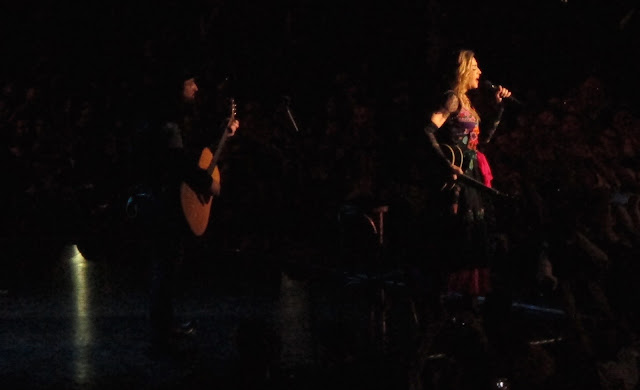 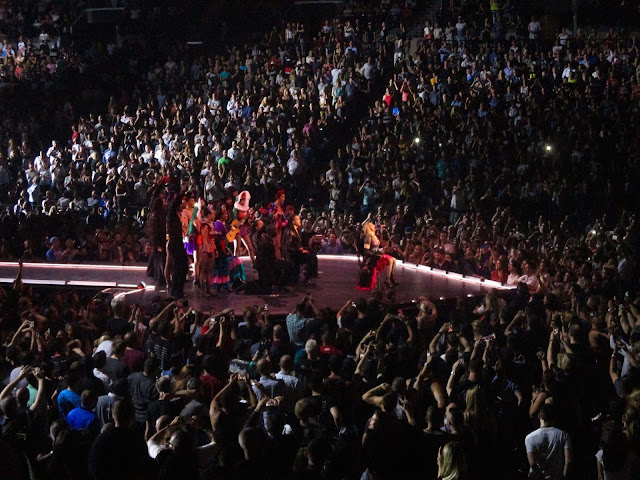 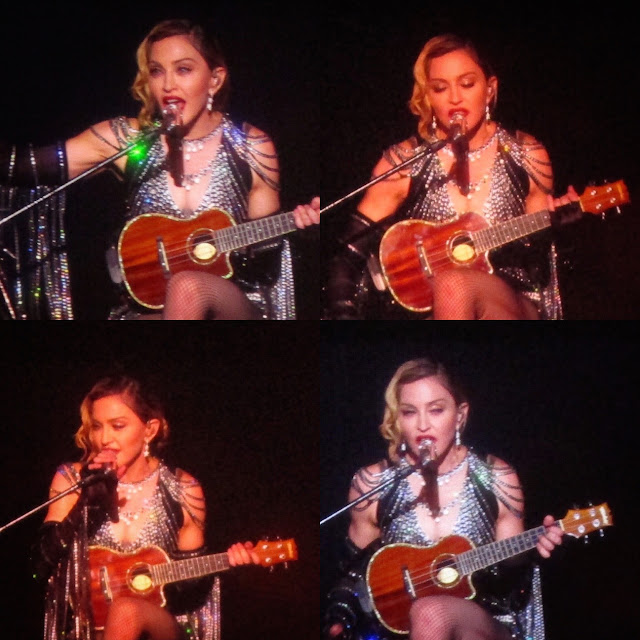 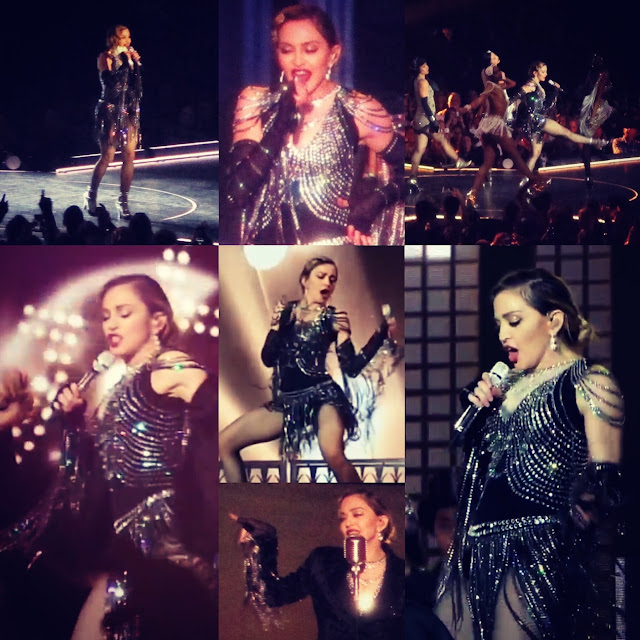 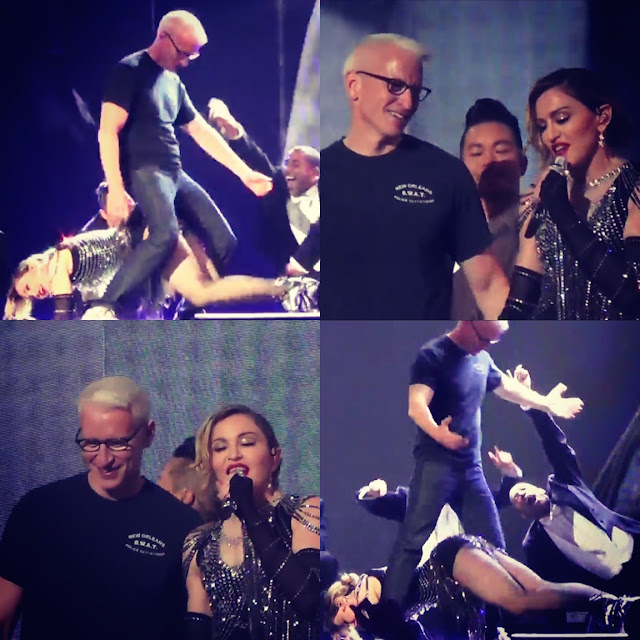 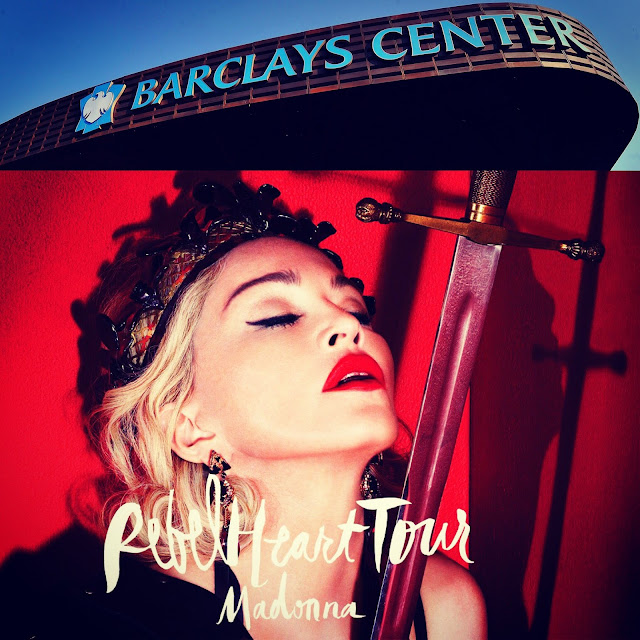 Last night my friend Janie and I saw our fourth Madonna show together
at Barclays Center in Brooklyn. Having seen at least one show on each of
Madonna's tours with one another since 2006 and having seen, heard and read
advance buzz about this particular outing, we were expecting great things.

Nothing would prepare us for the emotional resonance, vocal performance,
physical form and genuine joy that Ms. Ciccone displayed for the crowd.
Myself and a lot of Madonna fans will forever remember this night
as the show where Madonna surprised us by adding "Ghost Town"
to an already lengthy set list. The almost deafening cheers of applause
that followed made Madonna visibly emotional. Such moments were balanced by
casual banter, frivolous jokes, a dedication of the song "True Blue" to her longtime
friend Debi Mazar and, if that wasn't enough, having Anderson Cooper join her
onstage for a comically flirty bump and grind during "Unapologetic Bitch".

Madonna is no longer trying to prove anything... She's just doing it. Good job, girl. 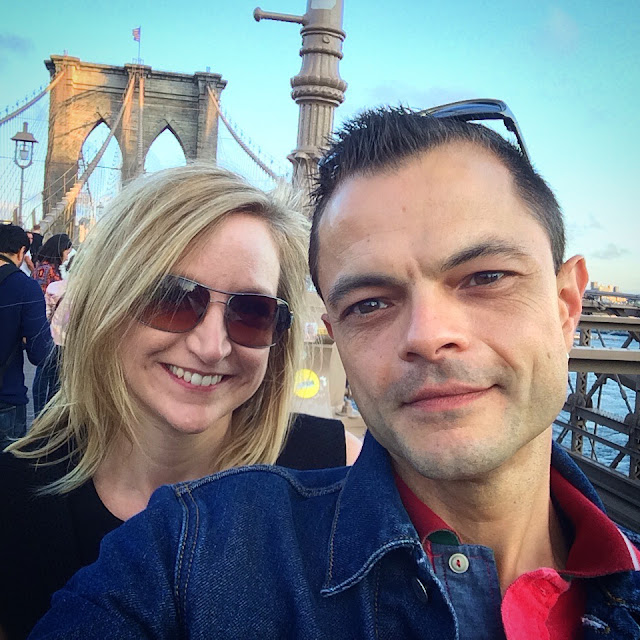