Pleased To Greet You - A Vintage Scrapbook 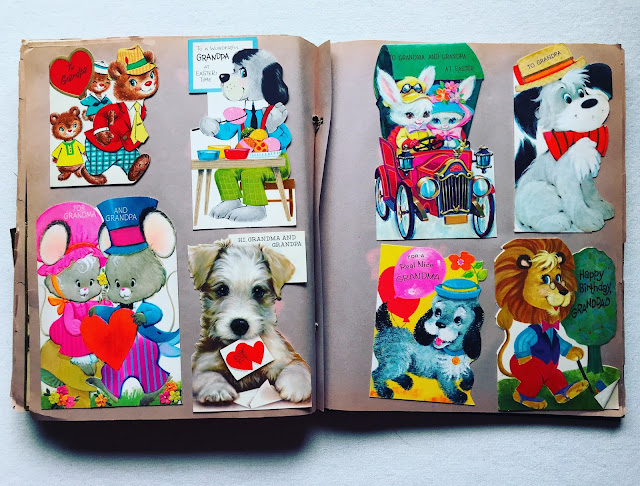 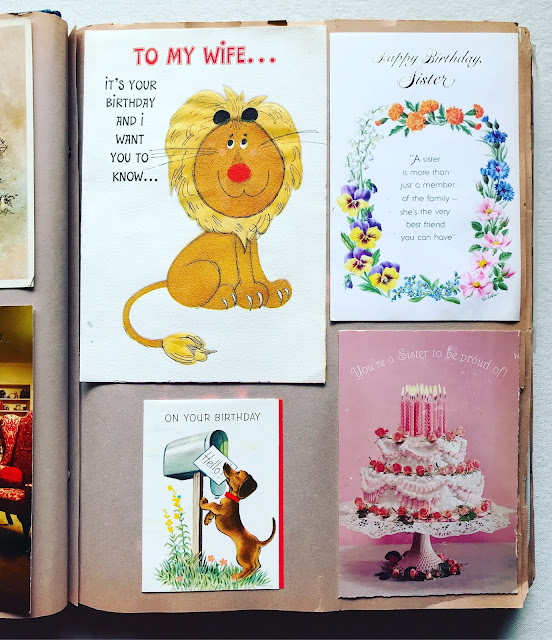 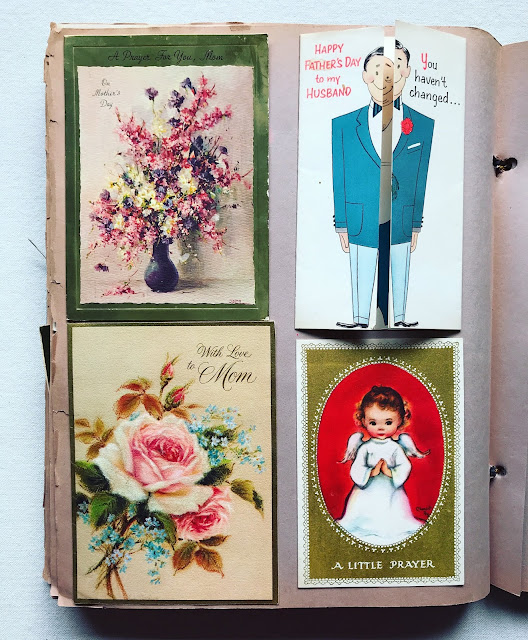 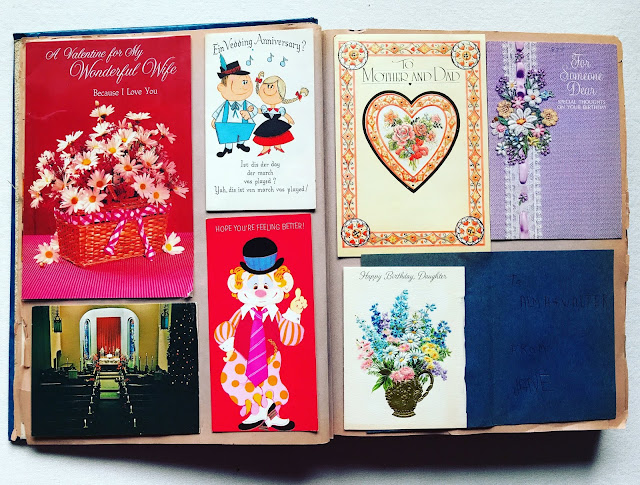 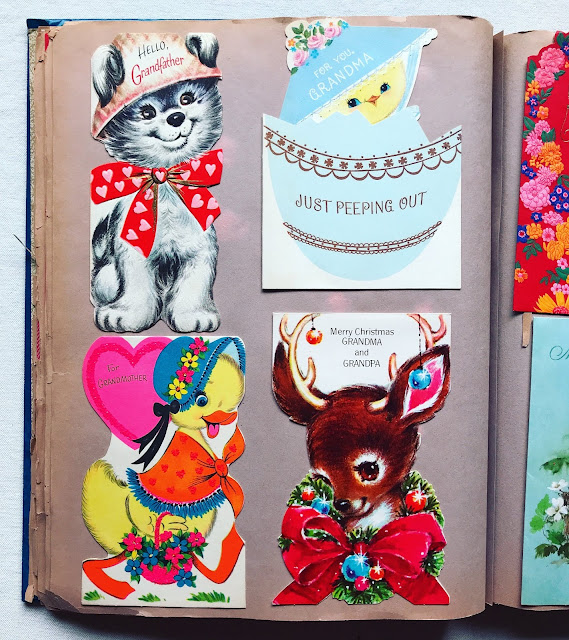 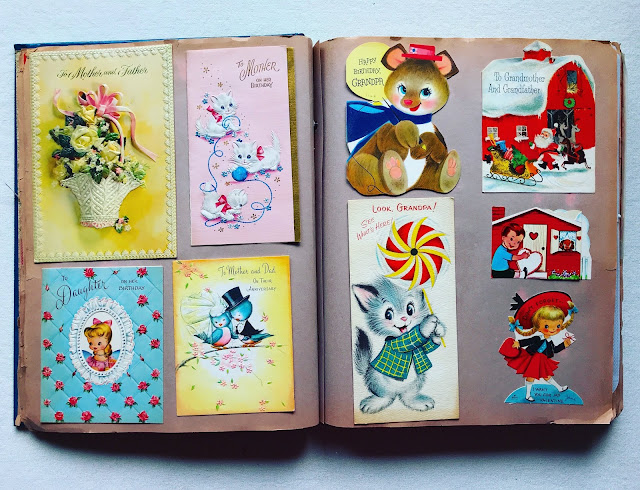 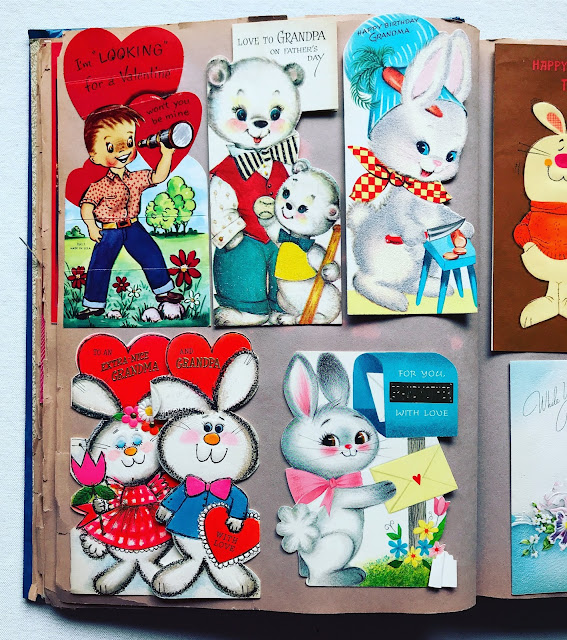 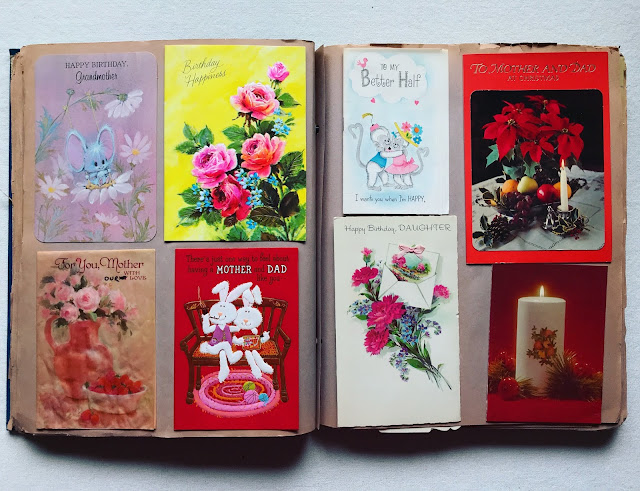 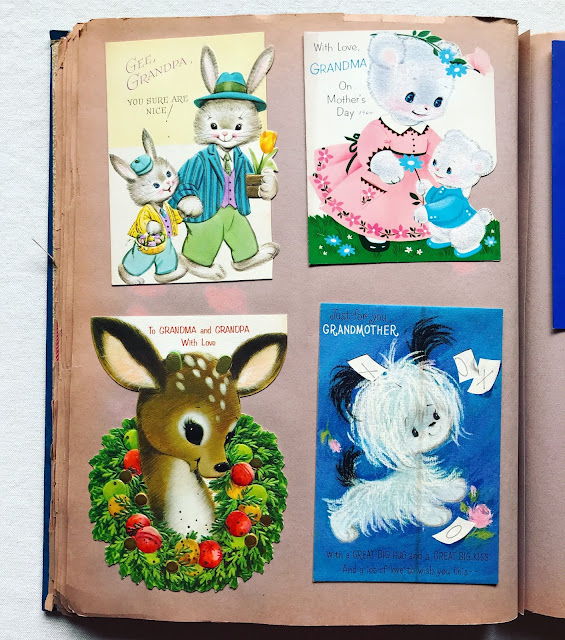 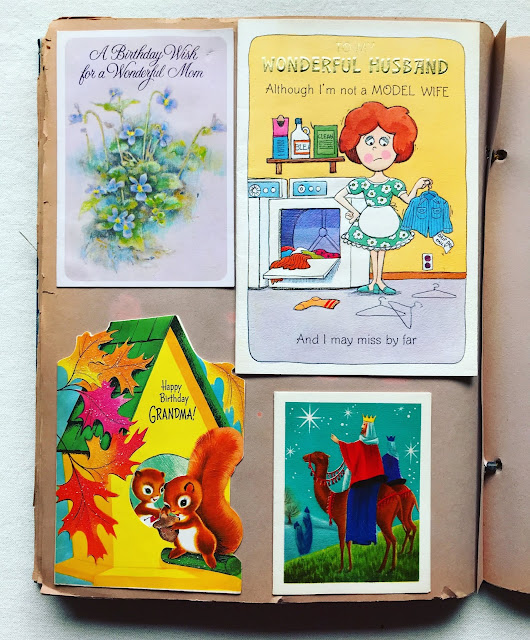 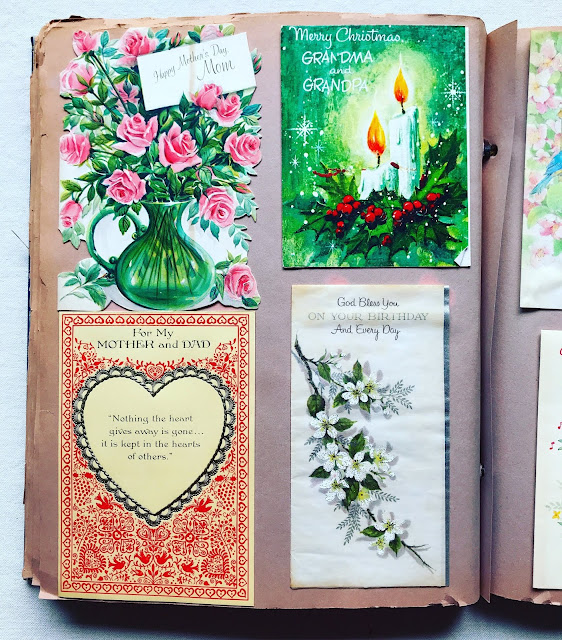 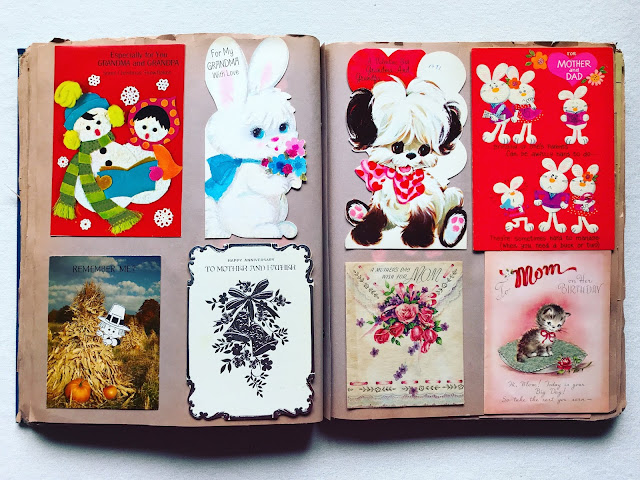 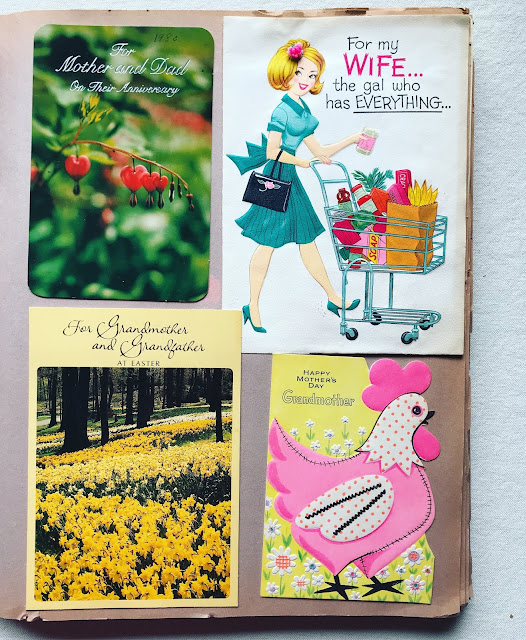 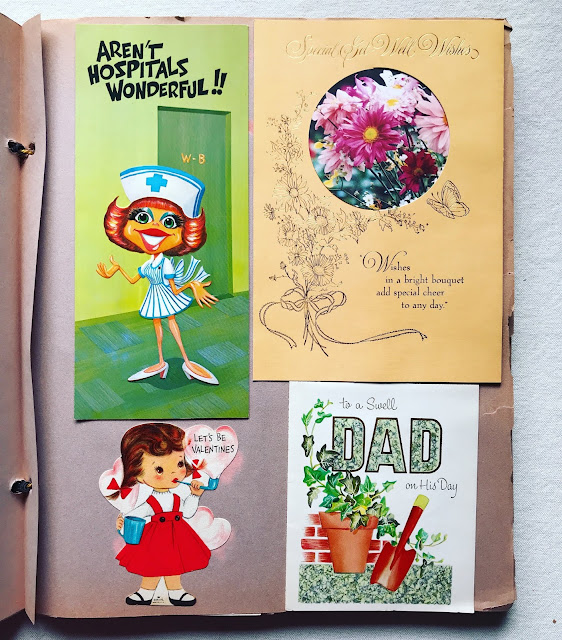 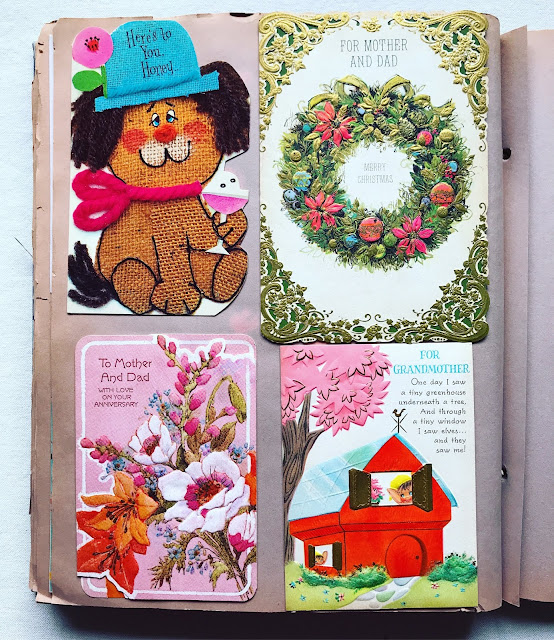 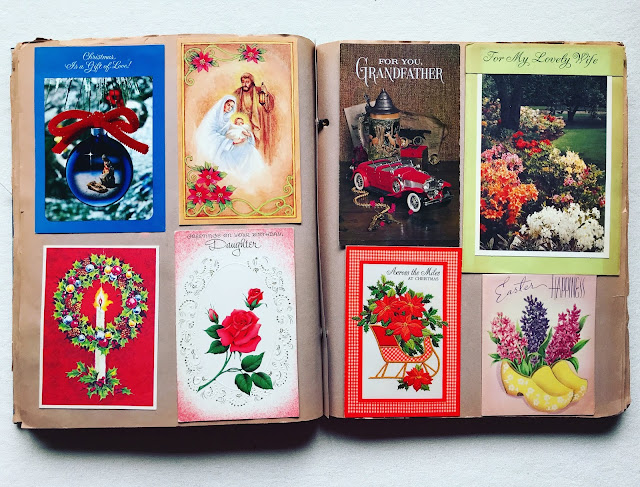 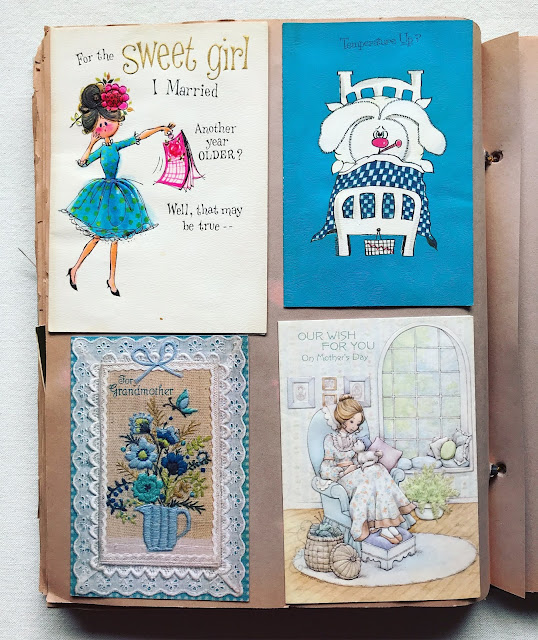 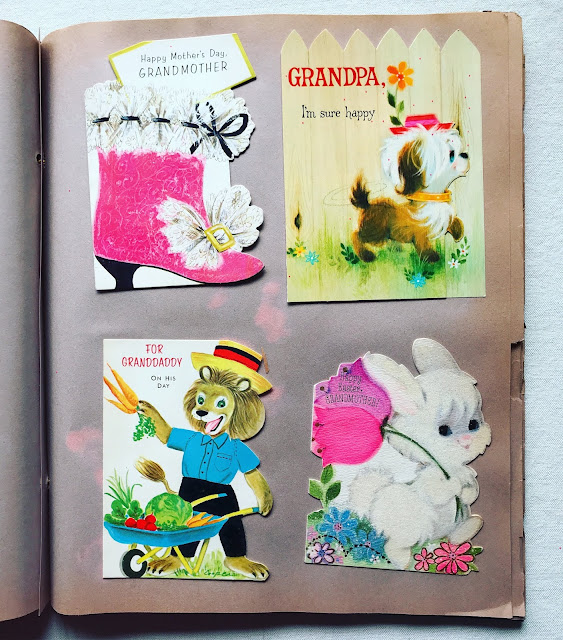 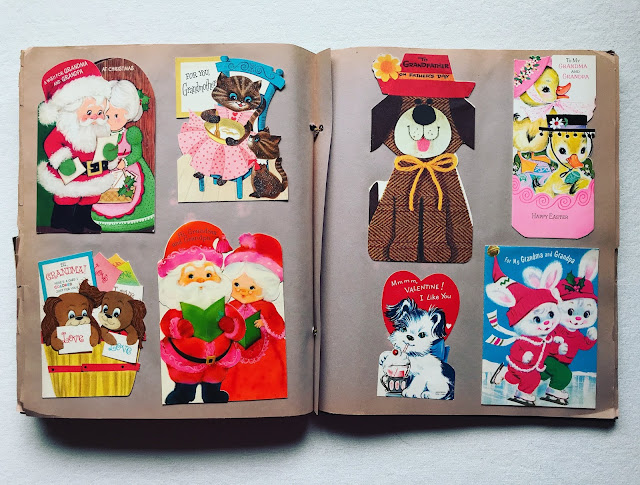 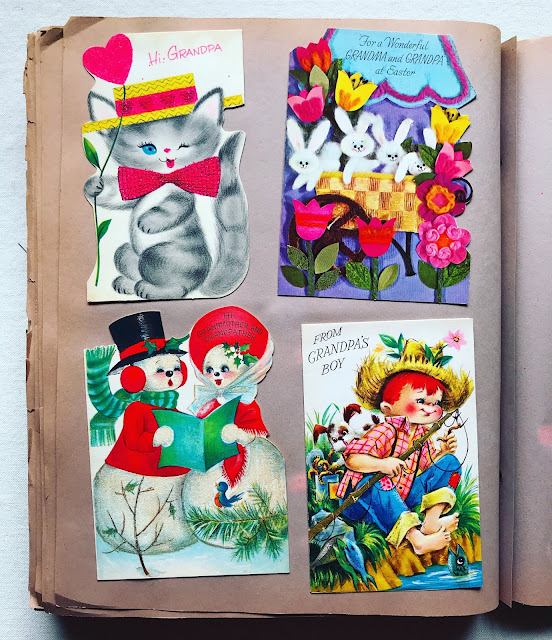 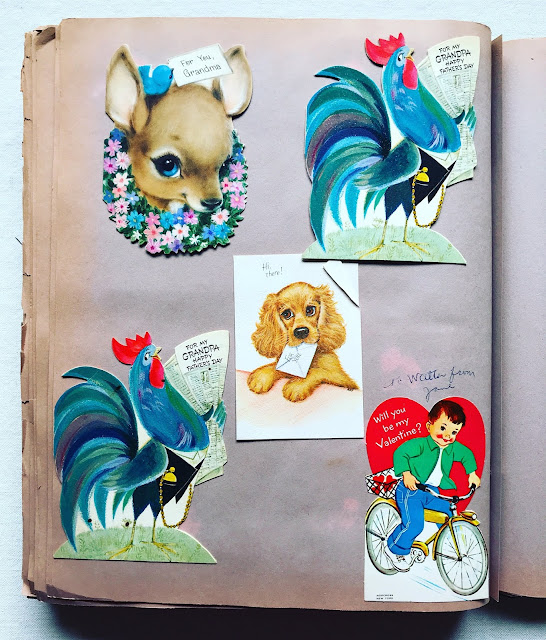 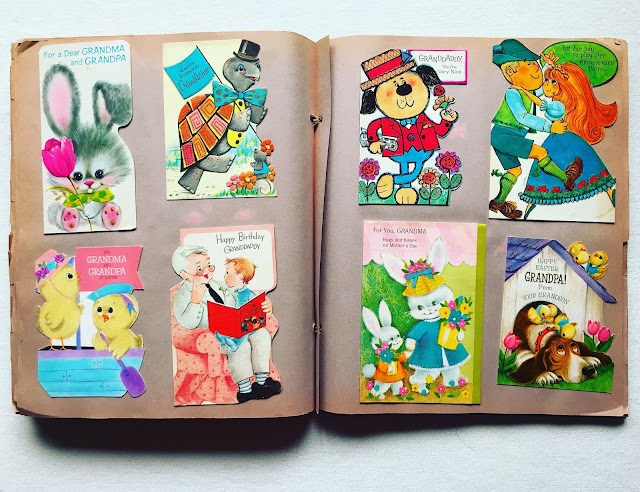 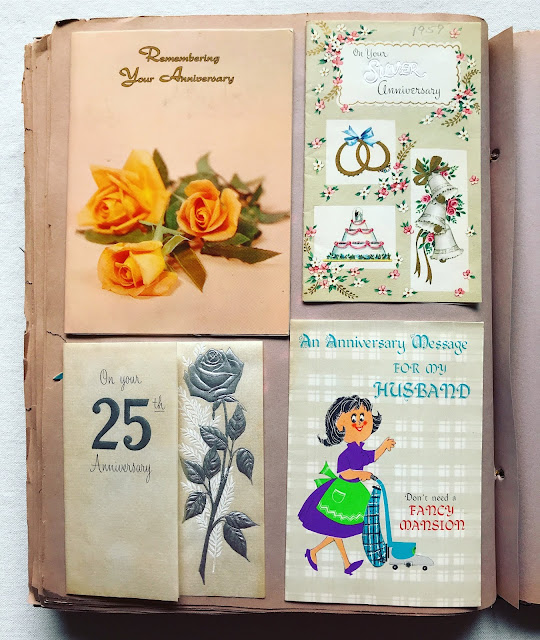 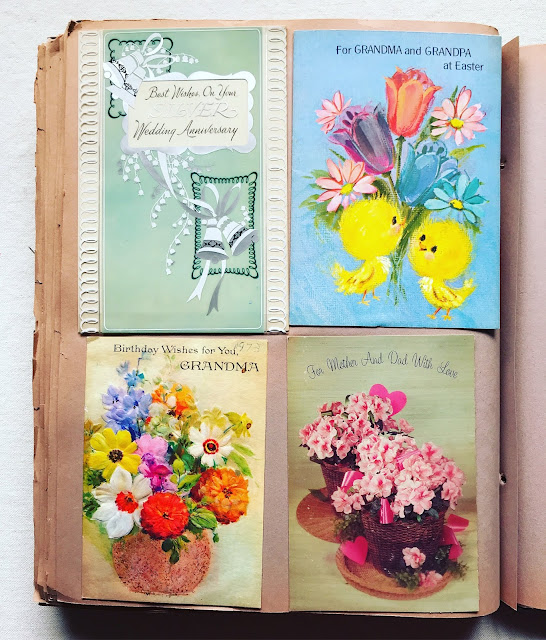 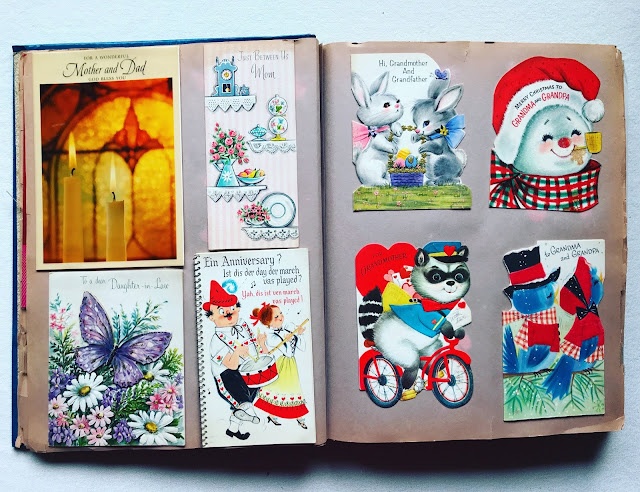 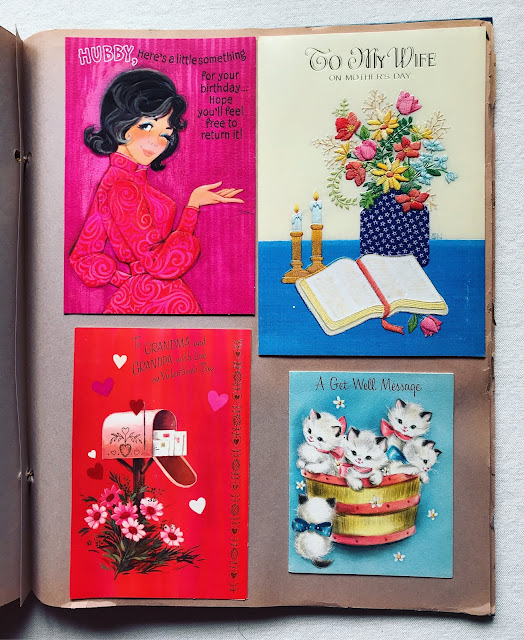 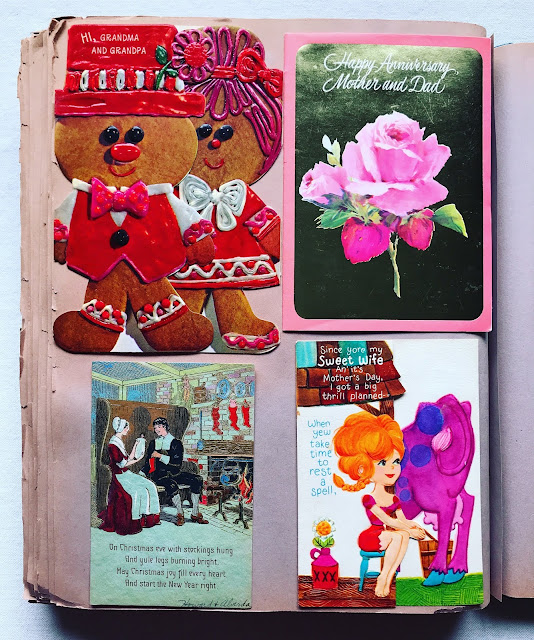 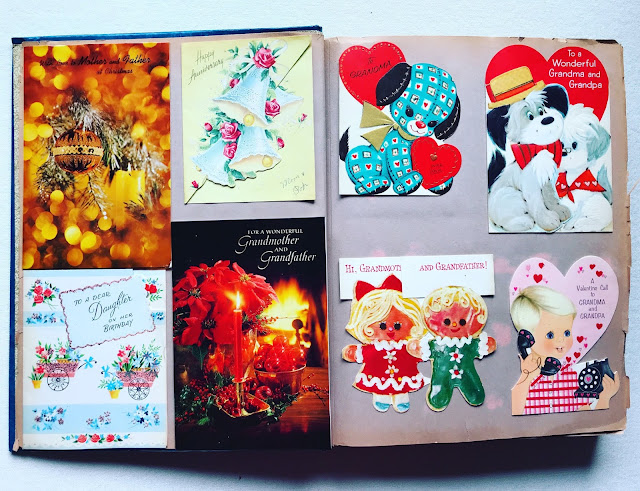 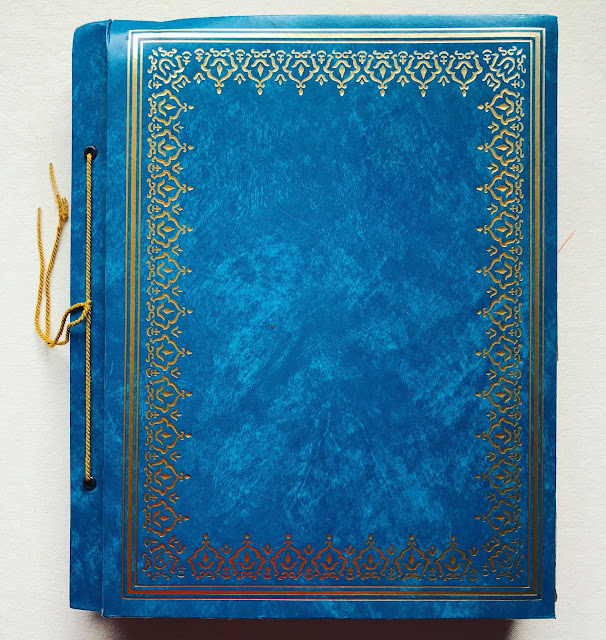 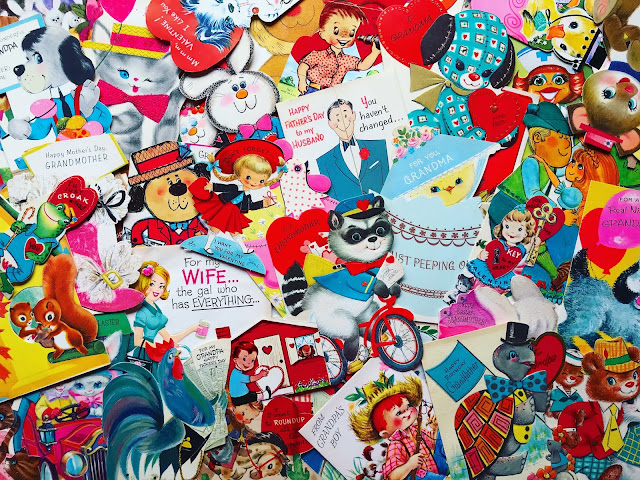 Several months ago I was handed this book by my friend Vanessa
while visiting her very charming thrift and antique shop (which is
called This, That And The Third) in East Stroudsburg, Pennsylvania.
Vanessa generously tried to give me the album free however I
insisted on giving her at least 5 dollars for it because it felt very special.
I was touched by the fact that somebody, most likely a grandmother,
had taken the time to compile greeting cards from her children, friends,
husband and grandchildren into this blue scrapbook album from Woolco.
I have been doing this for decades: saving greeting cards from family and
friends in photo albums amongst my ticket stubs, event wrist bands, printed
photos and hand-written postcards and letters. As far as I could tell, the
cards in this collection dated from 1959 - 1981. I removed the large Woolco
sticker (which had been left on the album's cover all these years) and
placed it in my current sketchbook. The pages were faded, yet mostly
intact, as was the book's binding. I saved my favorite items from the lot...
mostly the 1950s and 1960s cards (many of them pop-ups or fold-outs but all of
them beautifully illustrated) and placed them in a separate album of my own,
where they are mounted on archival papers beneath plastic protector sheets.
Thanks again, Vanessa. This is a truly beautiful collection of printed ephemera.
Posted by Christian Montone at 9/10/2018