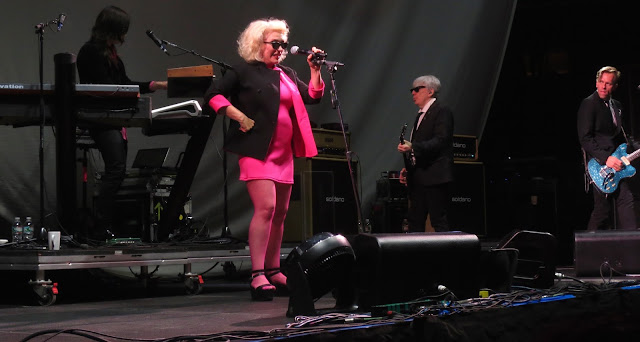 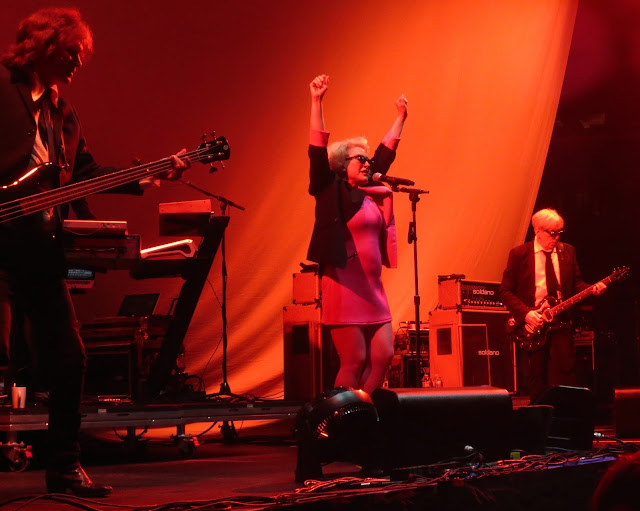 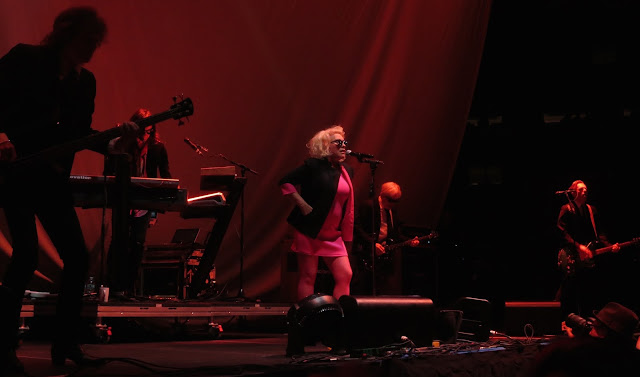 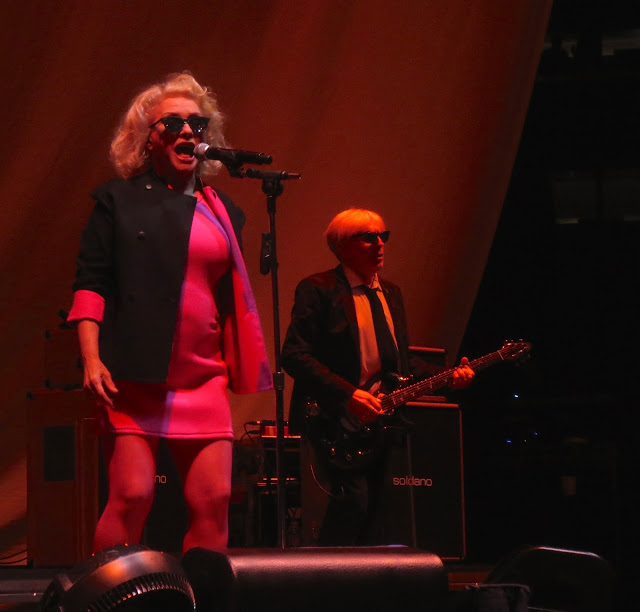 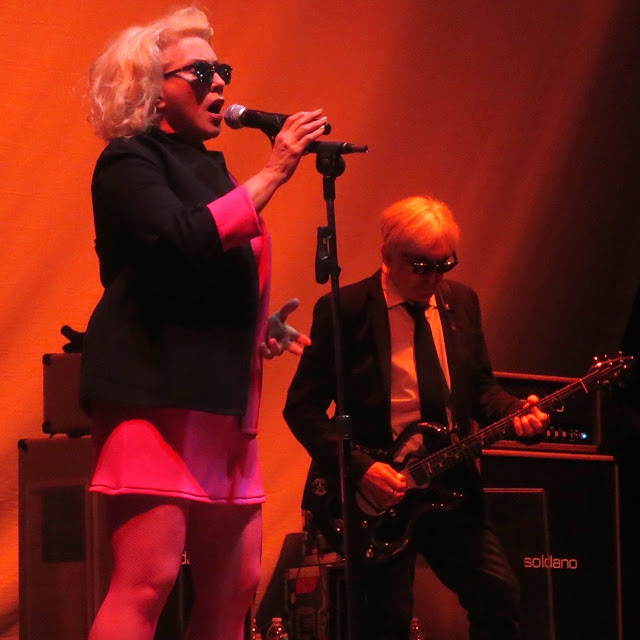 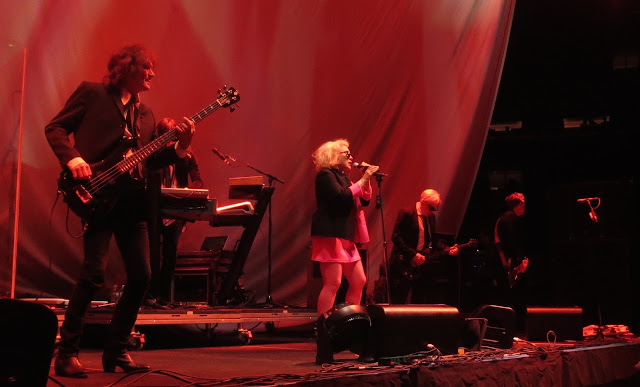 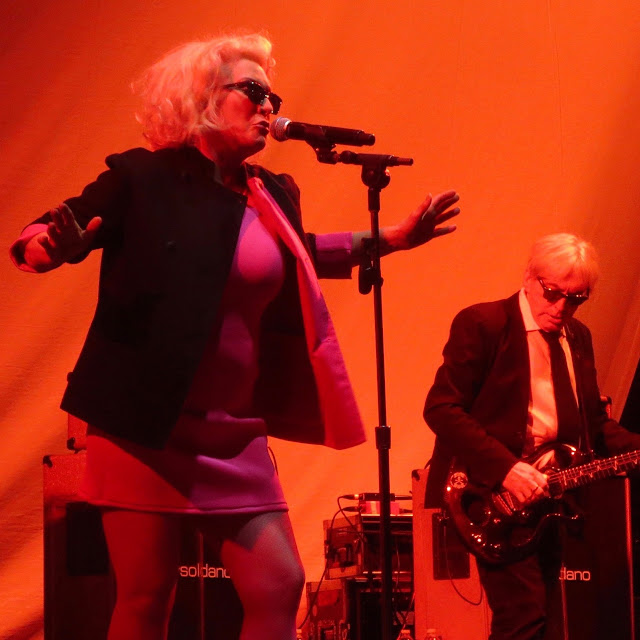 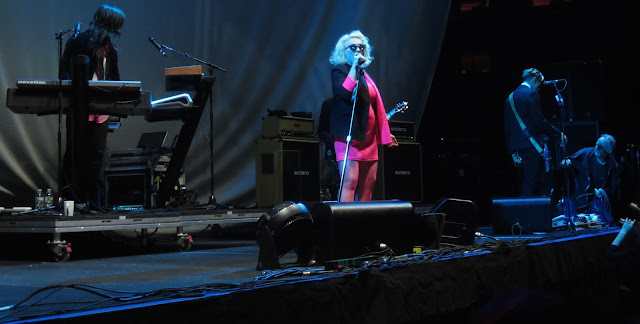 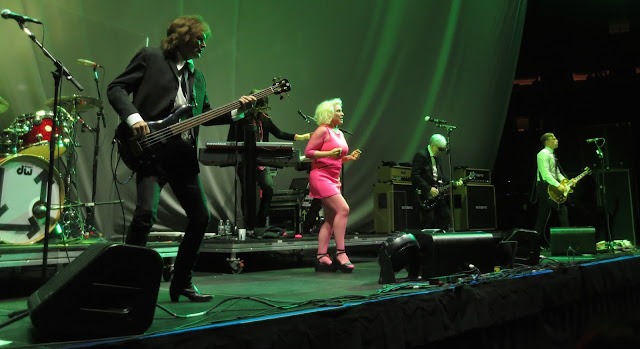 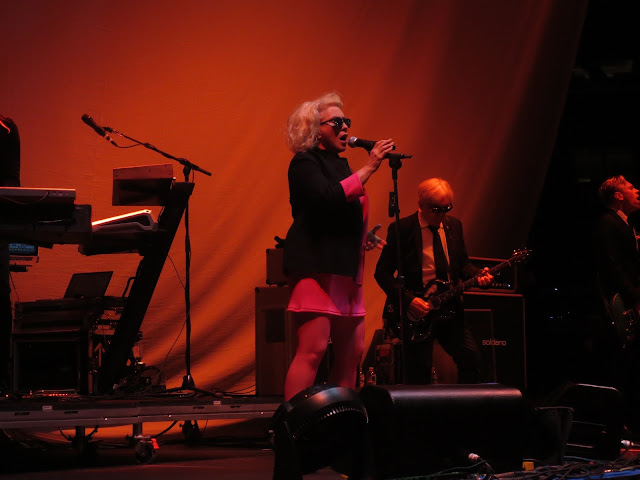 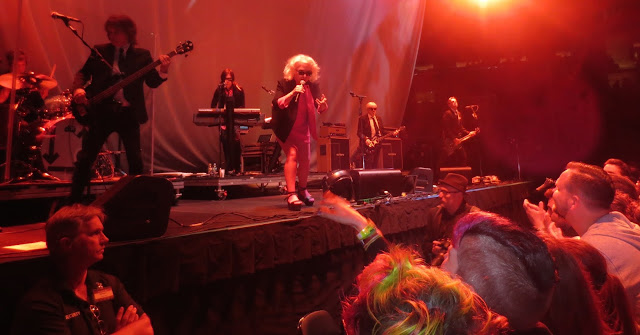 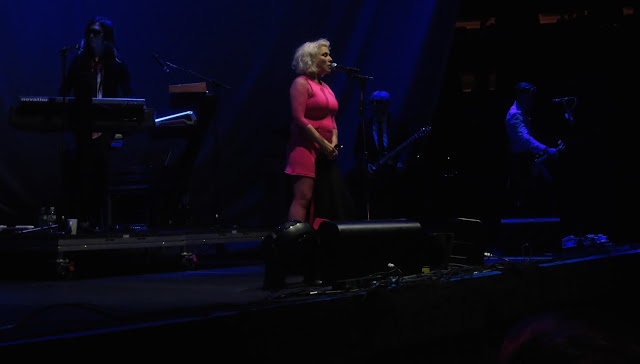 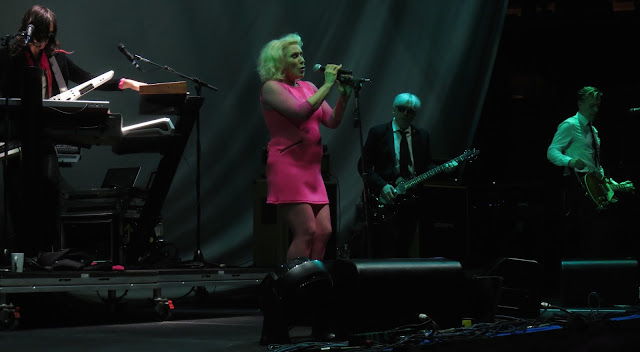 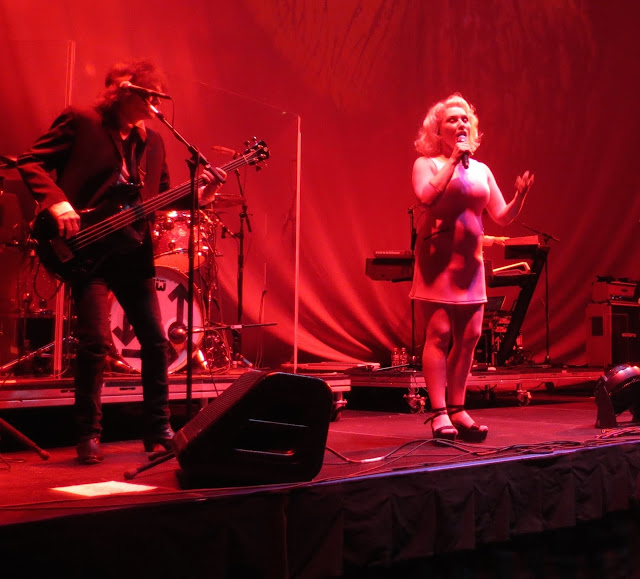 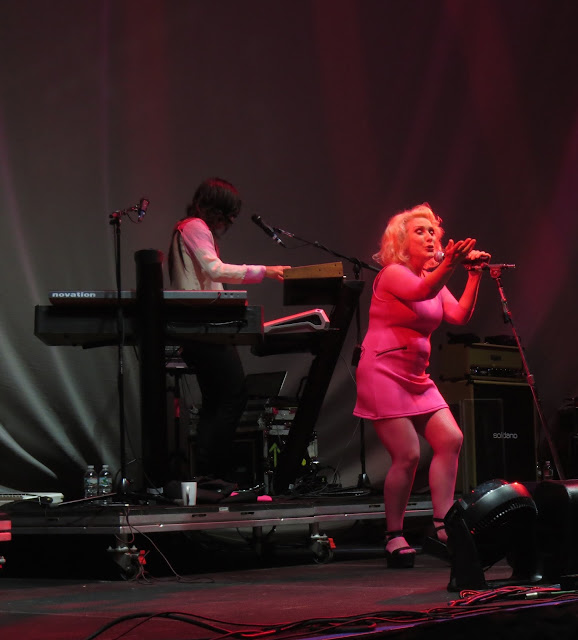 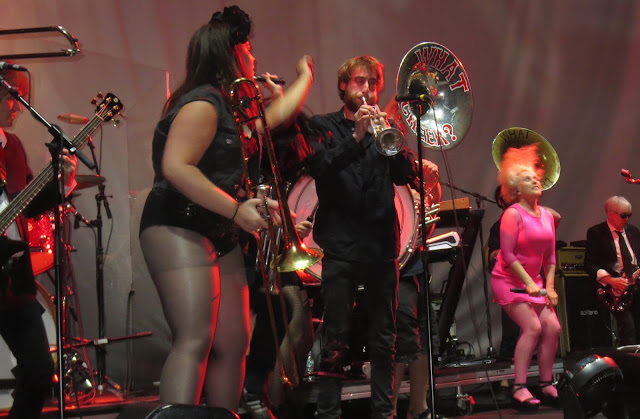 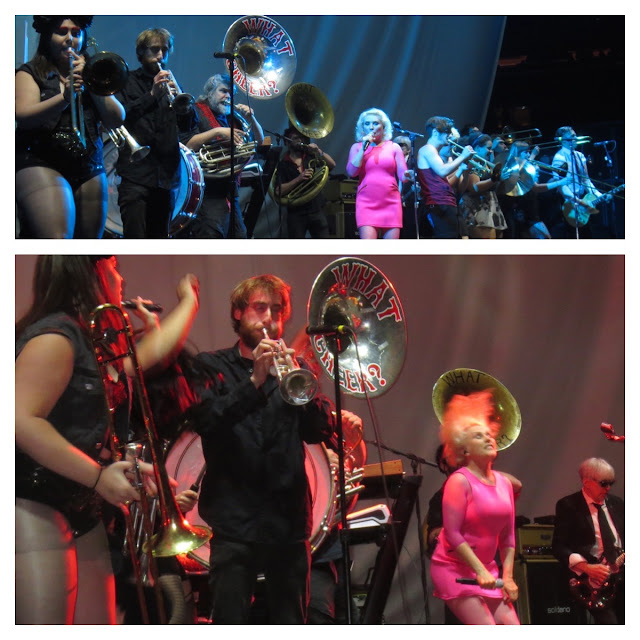 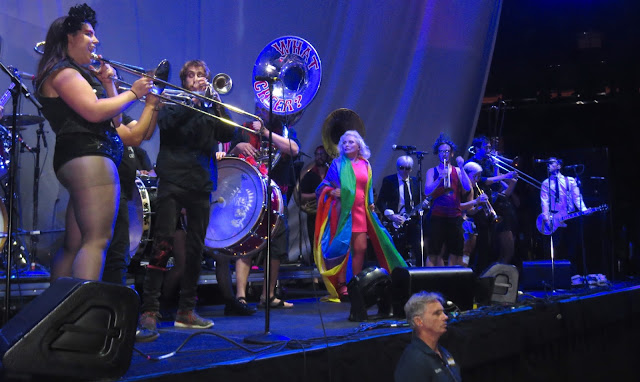 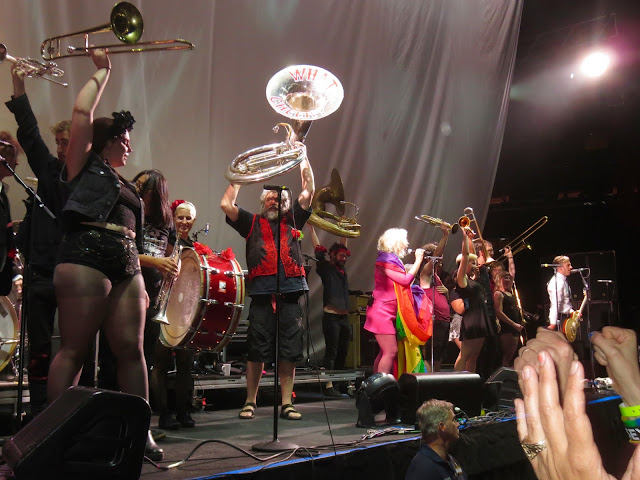 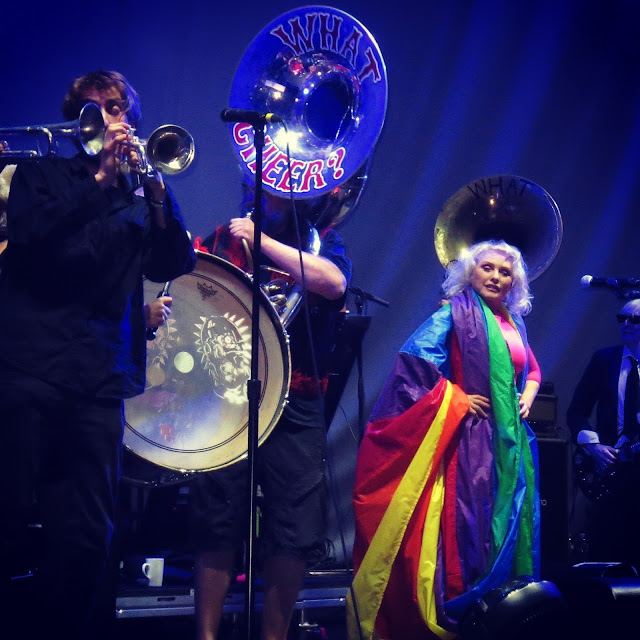 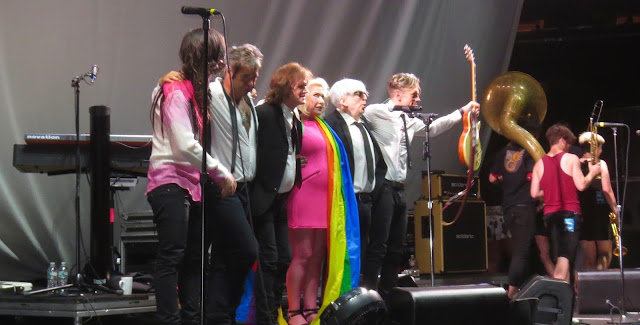 Blondie (joined by the What Cheer? Brigade) open Morrissey's
Madison Square Garden concert. This was a dream show for me...
Getting to see two acts I adore (and have seen numerous times)
on the same bill. Blondie was in top form and in full on celebration
mode, several times making reference to the historic landmark
ruling on marriage equality and the fact that this show was taking place
during Gay Pride Weekend. Seeing Debbie Harry drape herself in the
rainbow flag to uproarious cheers from the assembled crowd was a thrill.

Thanks for a great show, guys...
And thanks for always being vocal allies of the GLBT community.
More images from Morrissey's live set to follow very soon.
Posted by Christian Montone at 6/28/2015