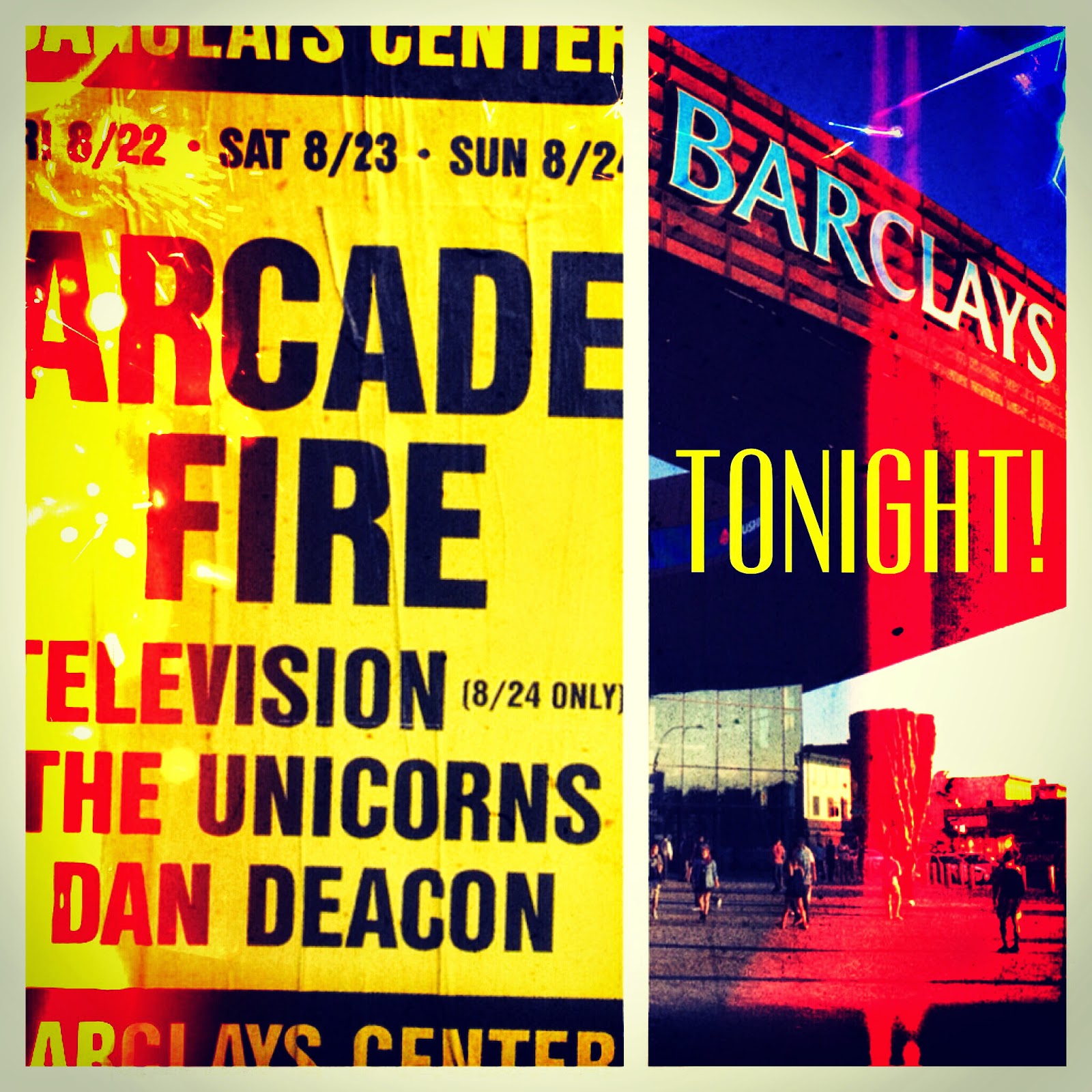 Last night I witnessed quite a show. First up were The Unicorns, who were loud fun… 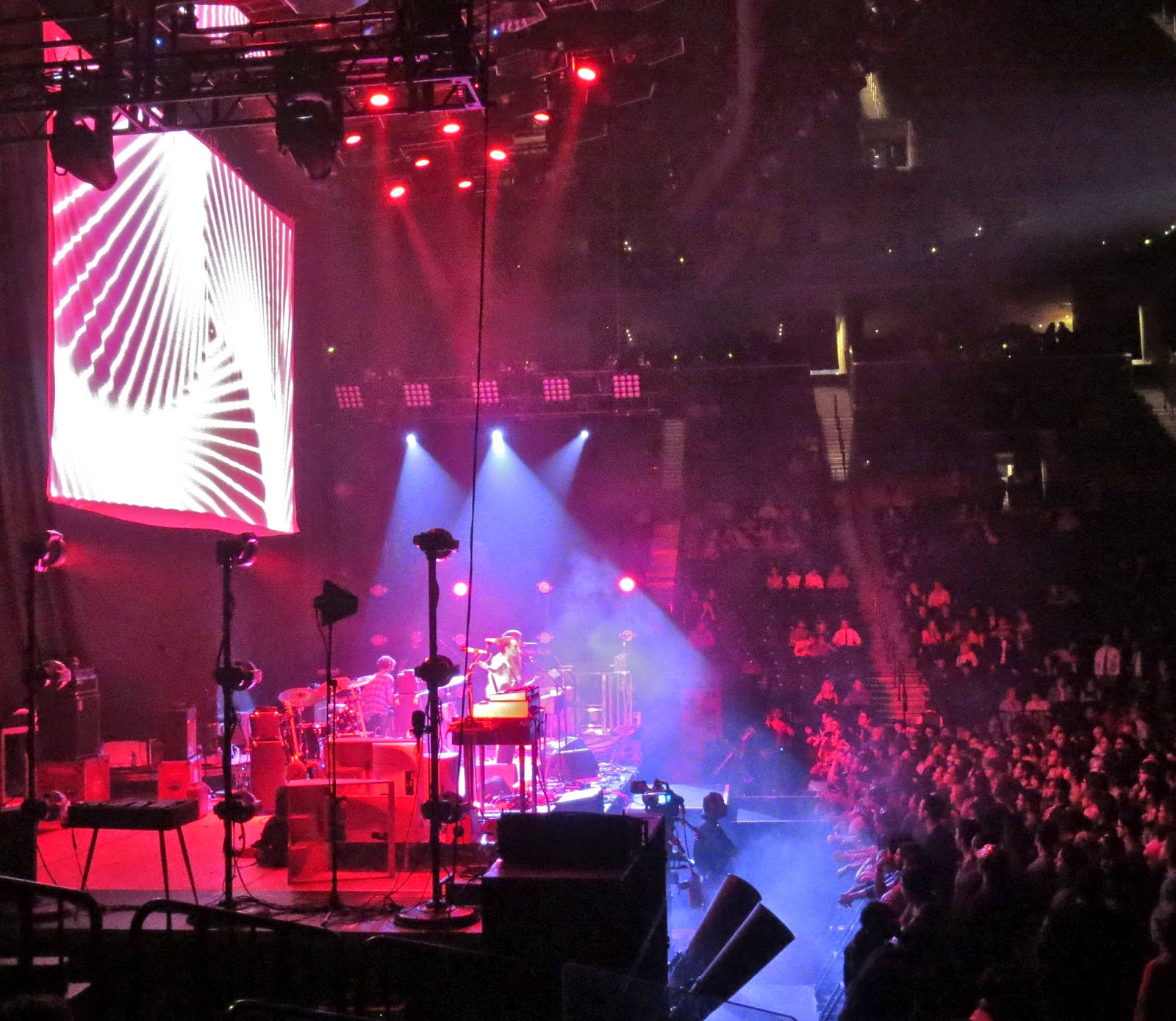 Then Television came on and agelessly tore into a set of classics.
The sound was vivid, ferocious and their musicianship was economical and on point.
The genesis of the work of Sonic Youth was really evident in "Marquee Moon" tonight. 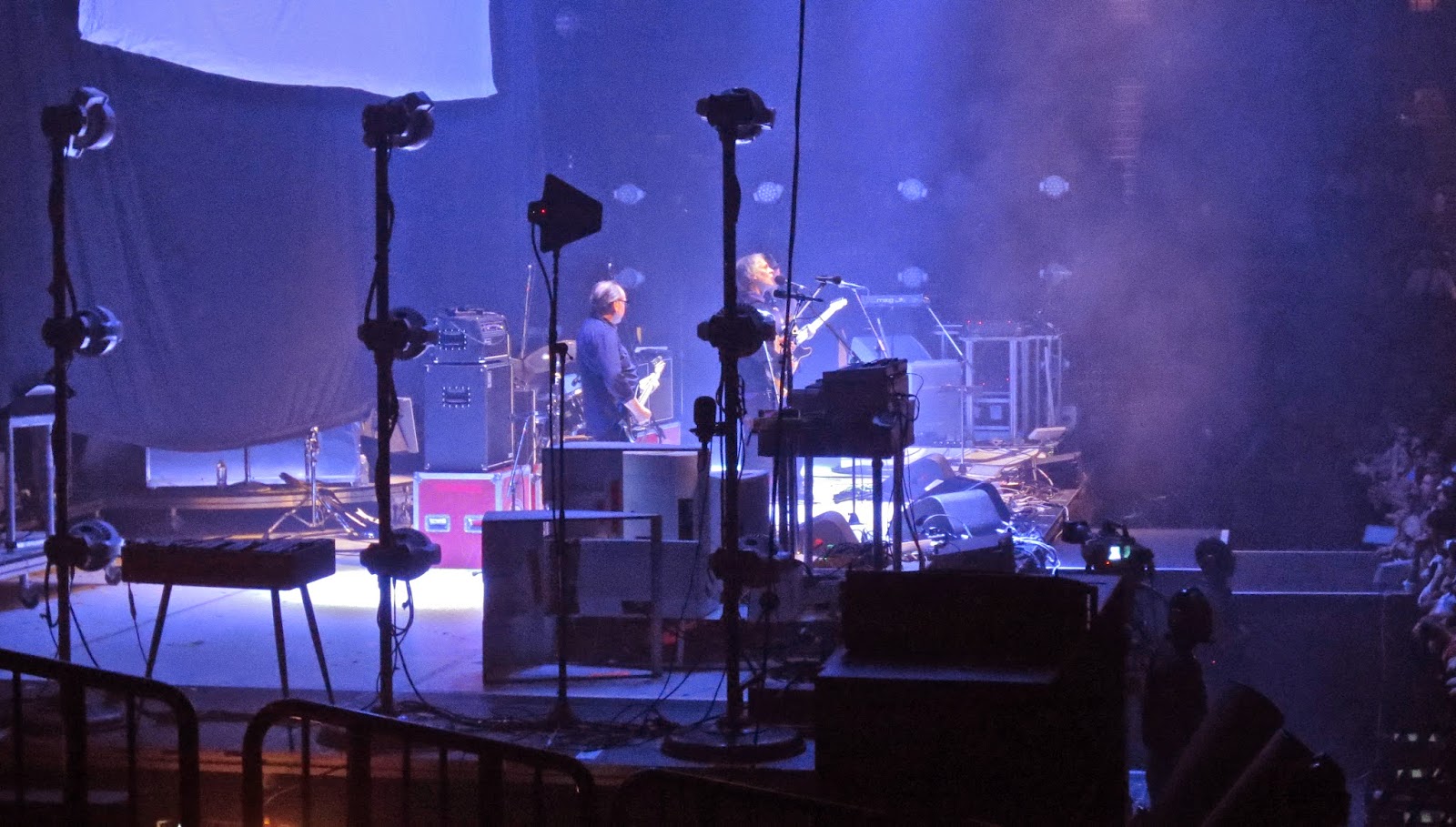 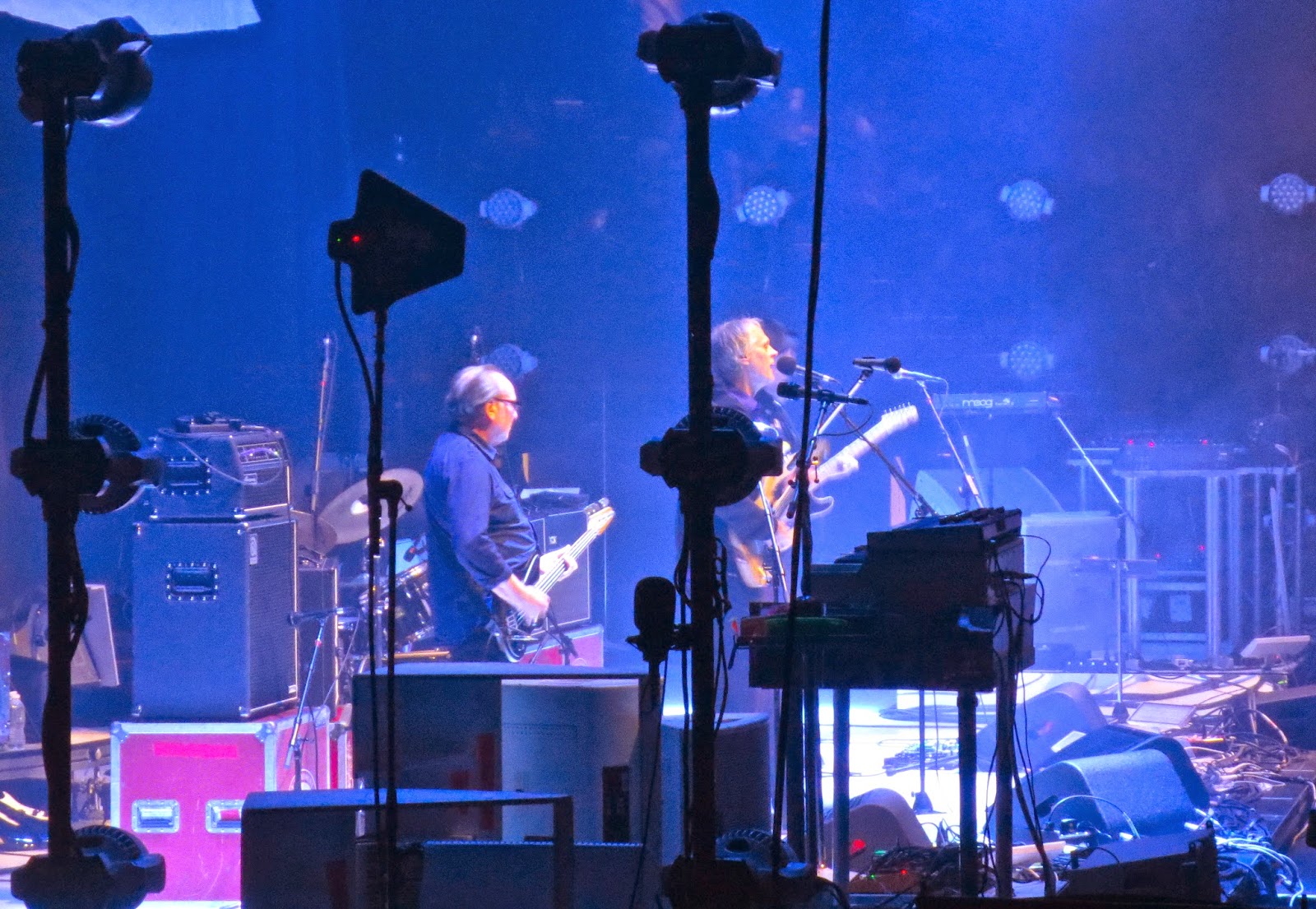 Mere seconds after Television left the main stage, Dan Deacon's set began on a
stage in the center of the arena floor. While mixing and doing vocals, he turned the
general admission area into a colorful dance-off, giving specific instructions such as
"Left side, run at the right side and high five eachother!" Upbeat, interactive and bold,
his performance not only made the audience a part of the show, but also the show itself. 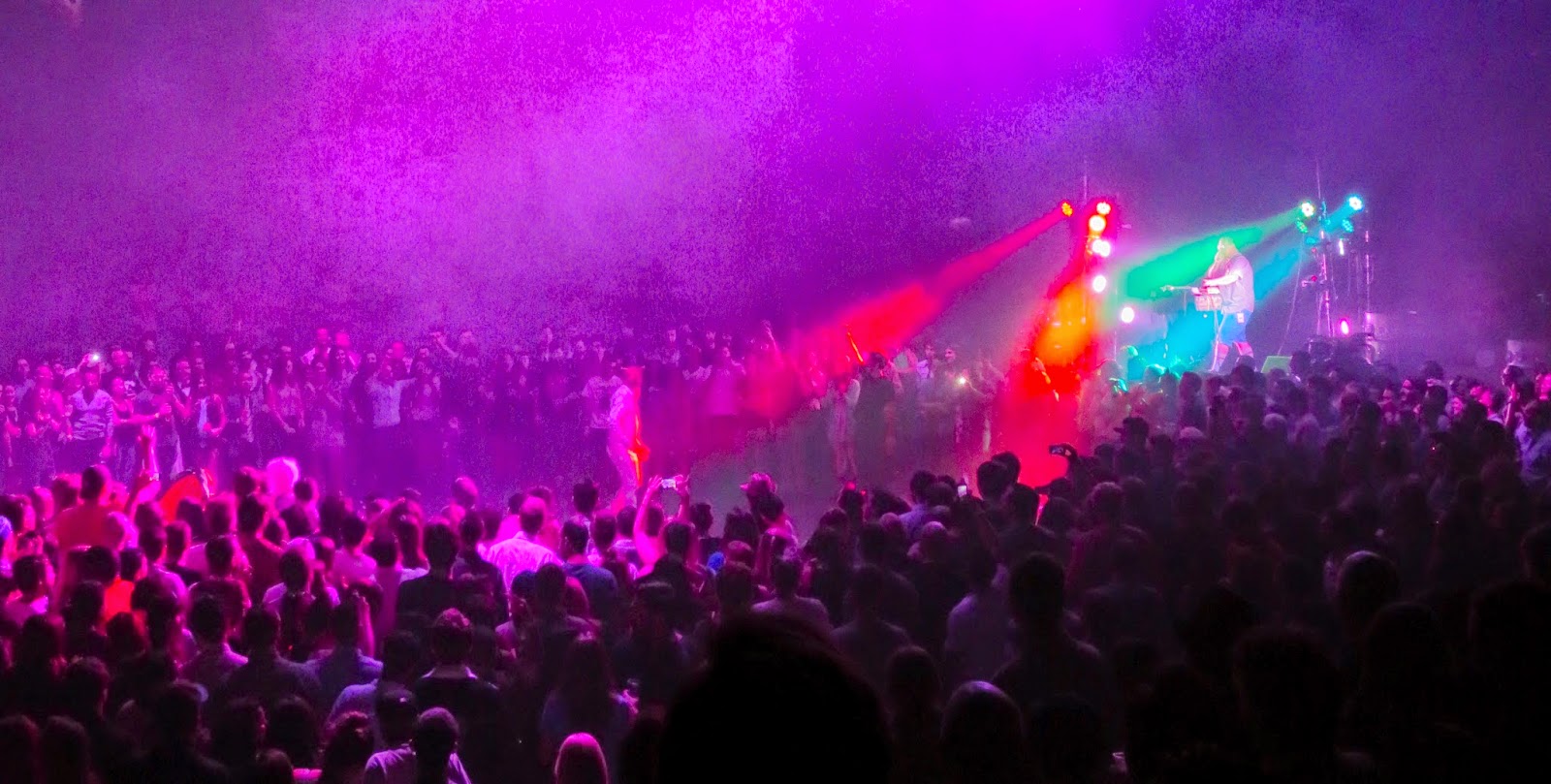 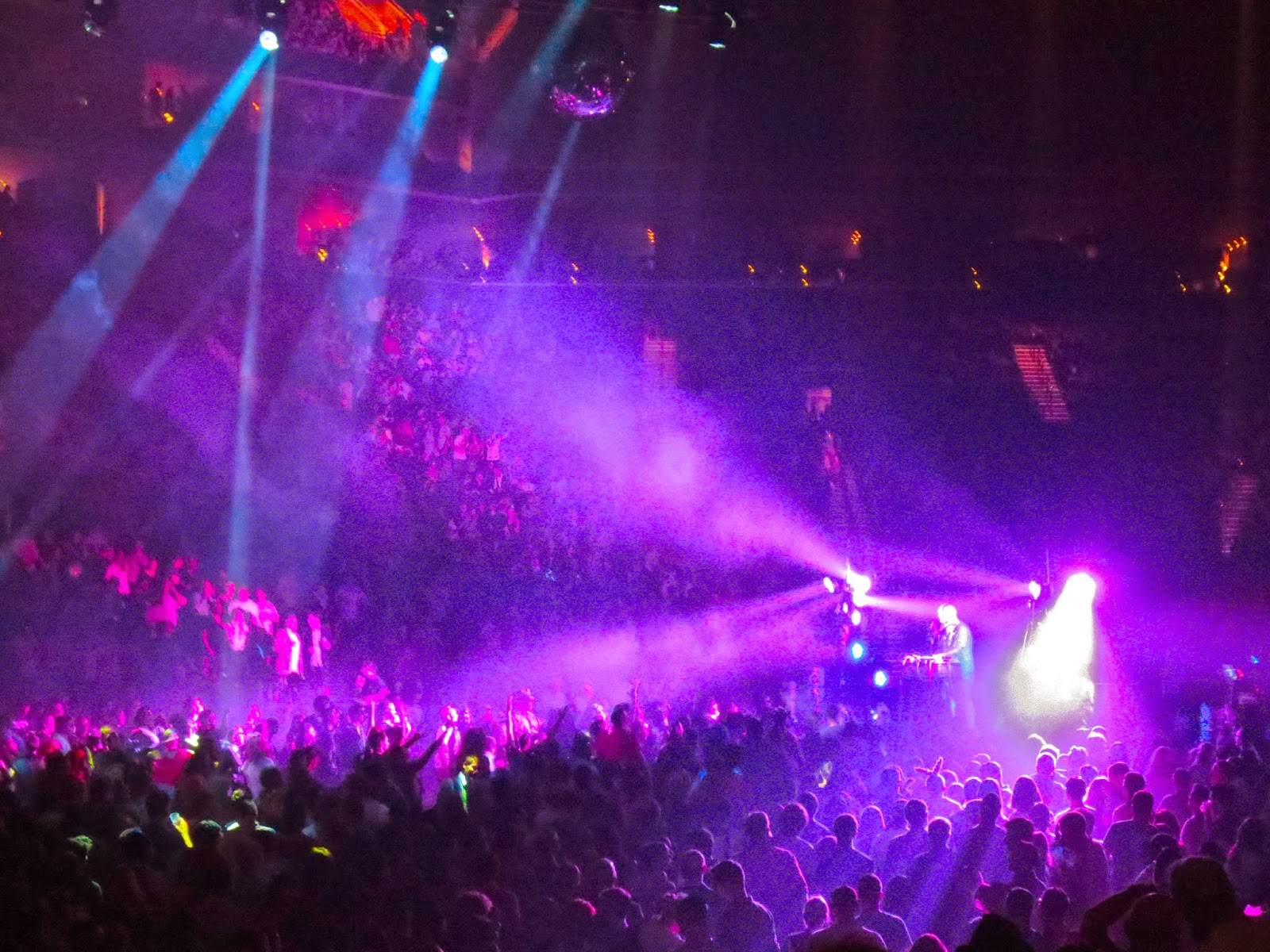 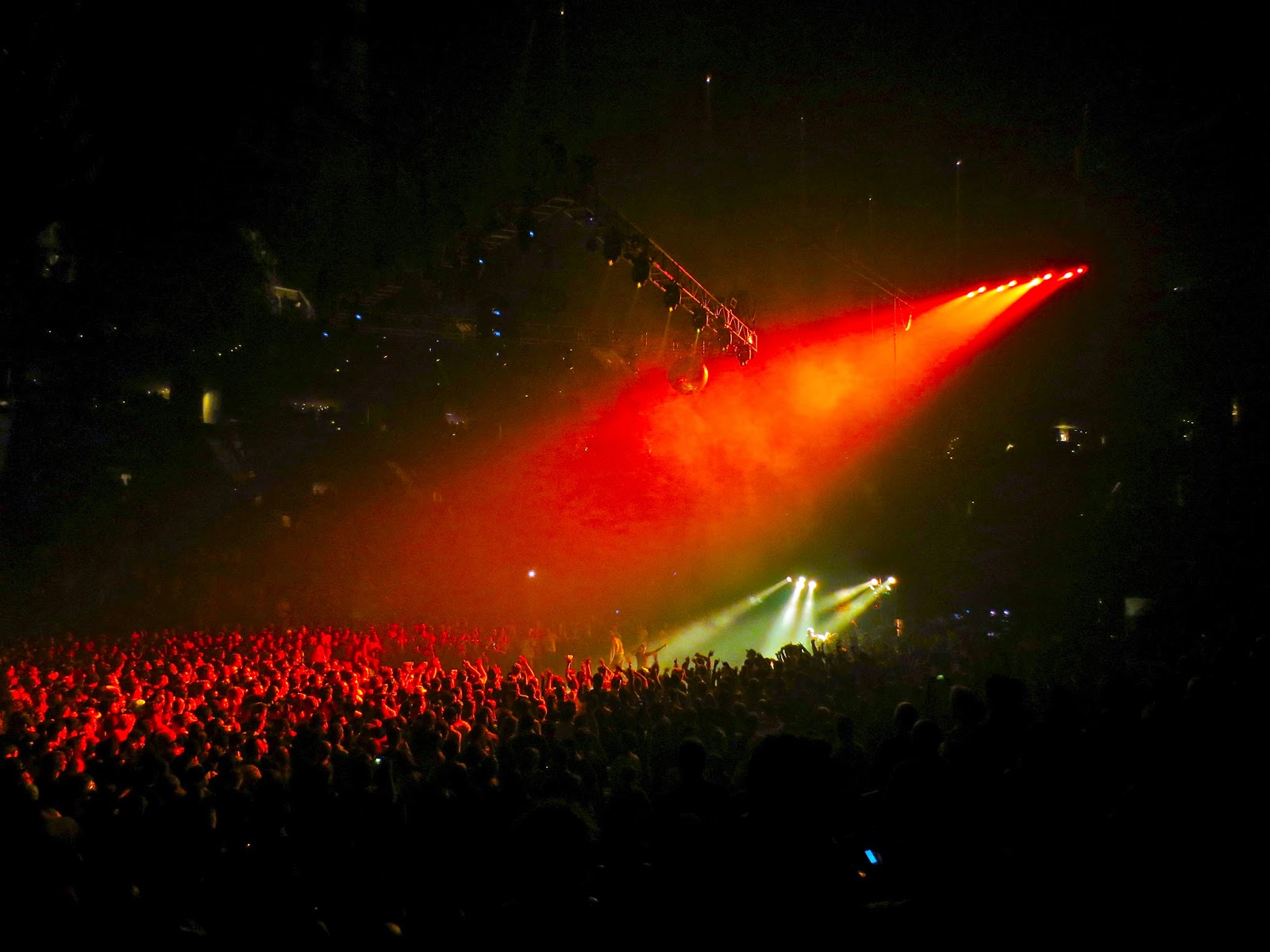 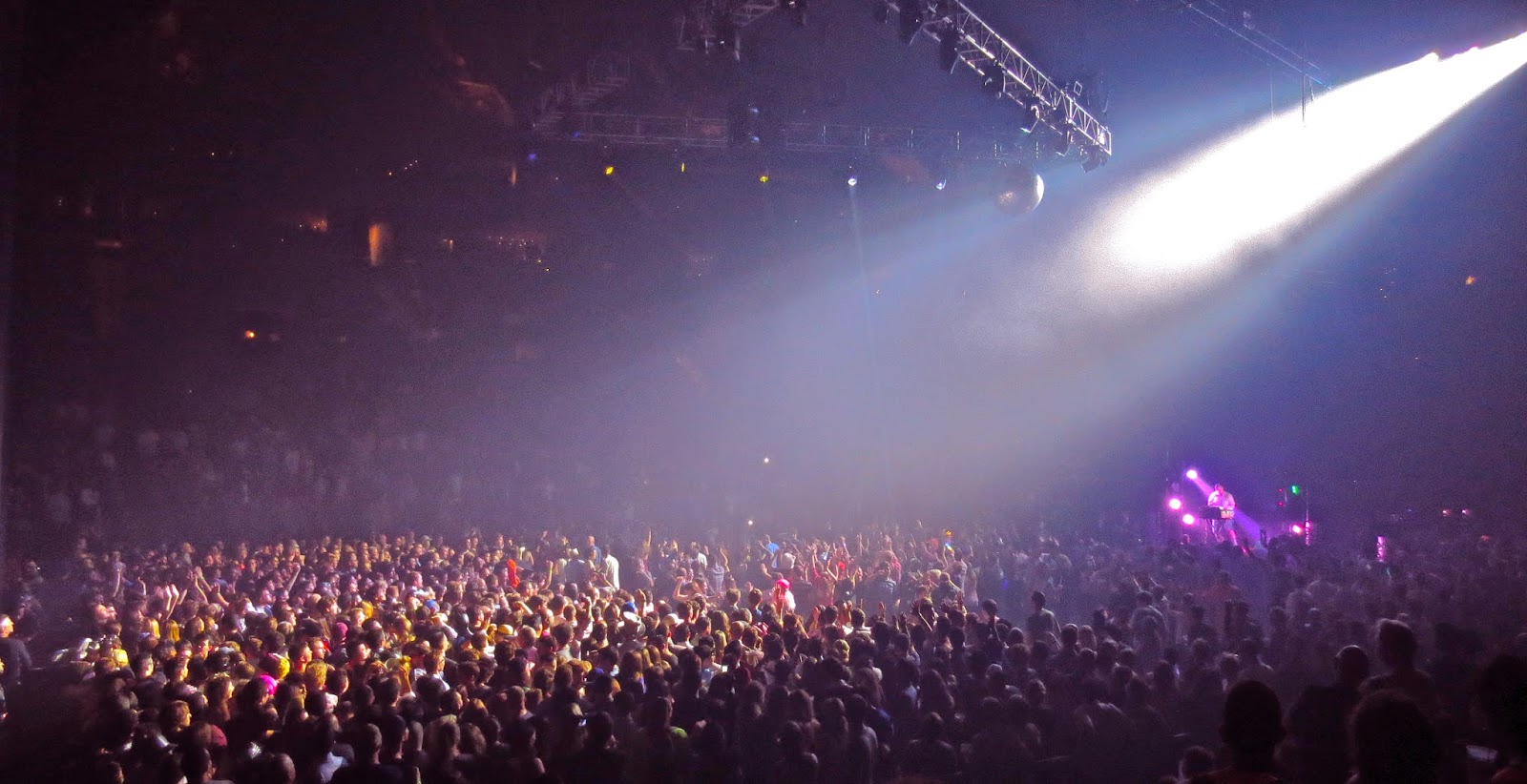 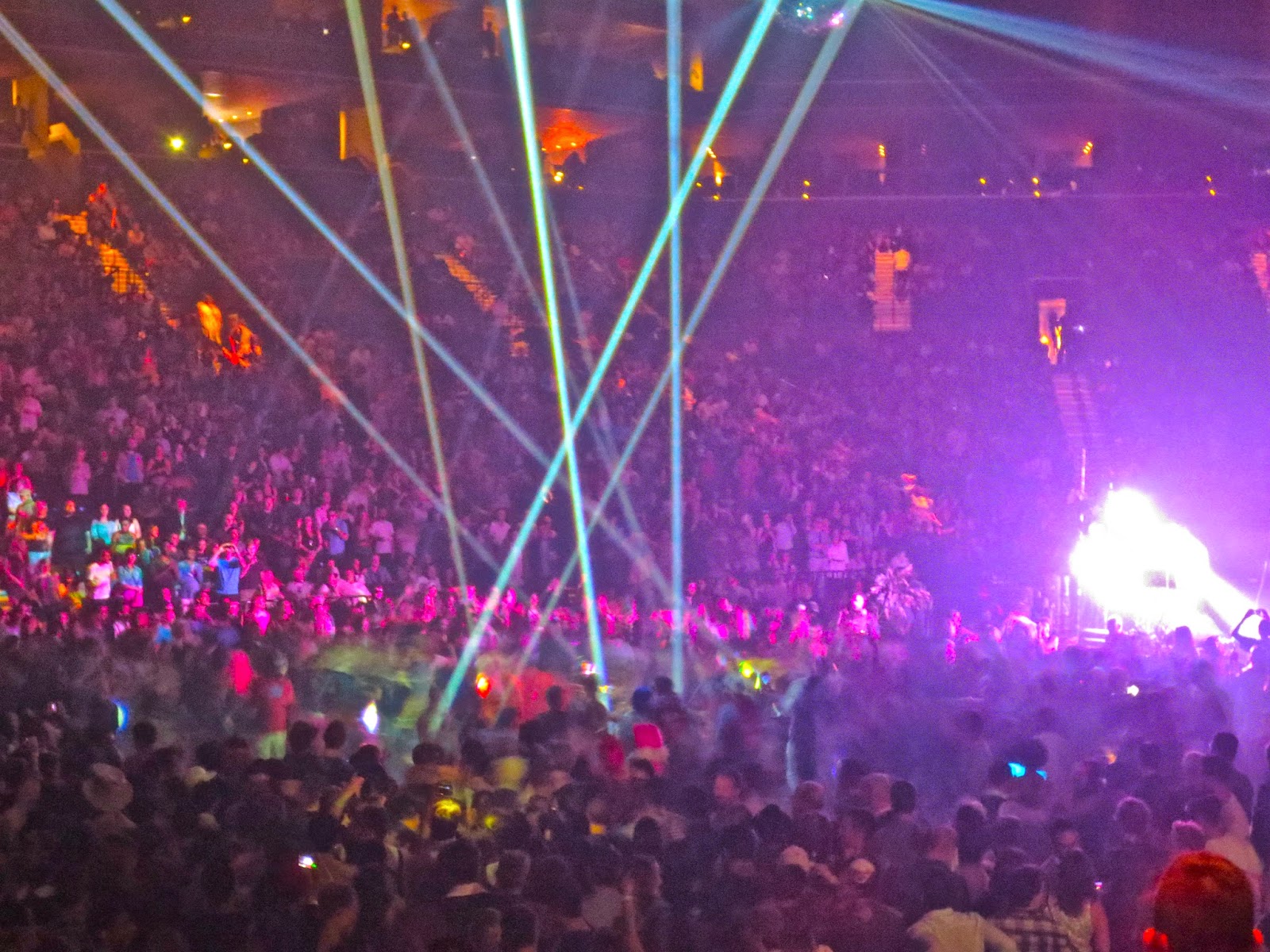 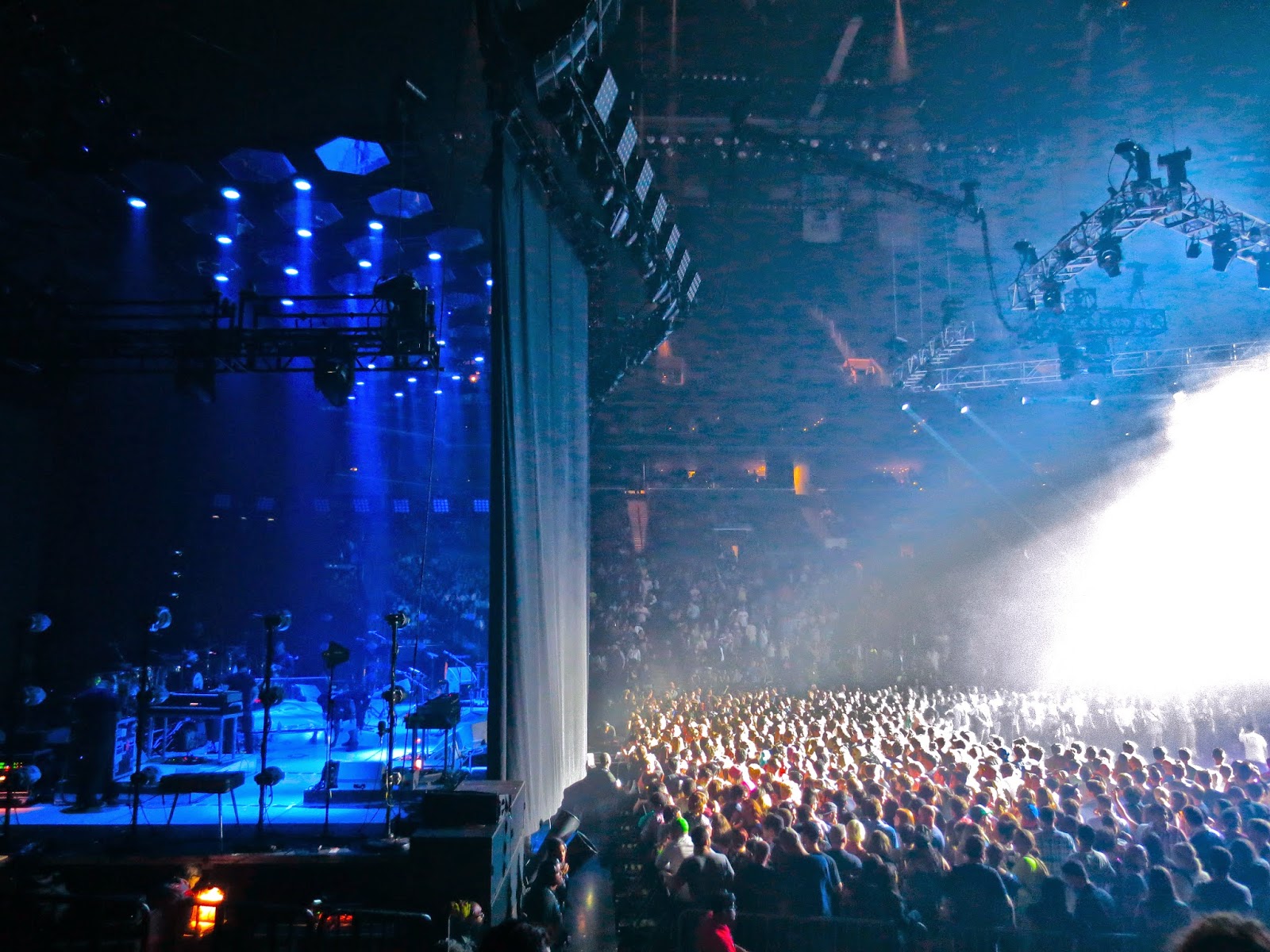 With almost all of the general admission floor's attention on the center of
the arena, the front row became (for a short while) the "back of the house"
so to speak… And then it was time for the evening's headliners: Arcade Fire. 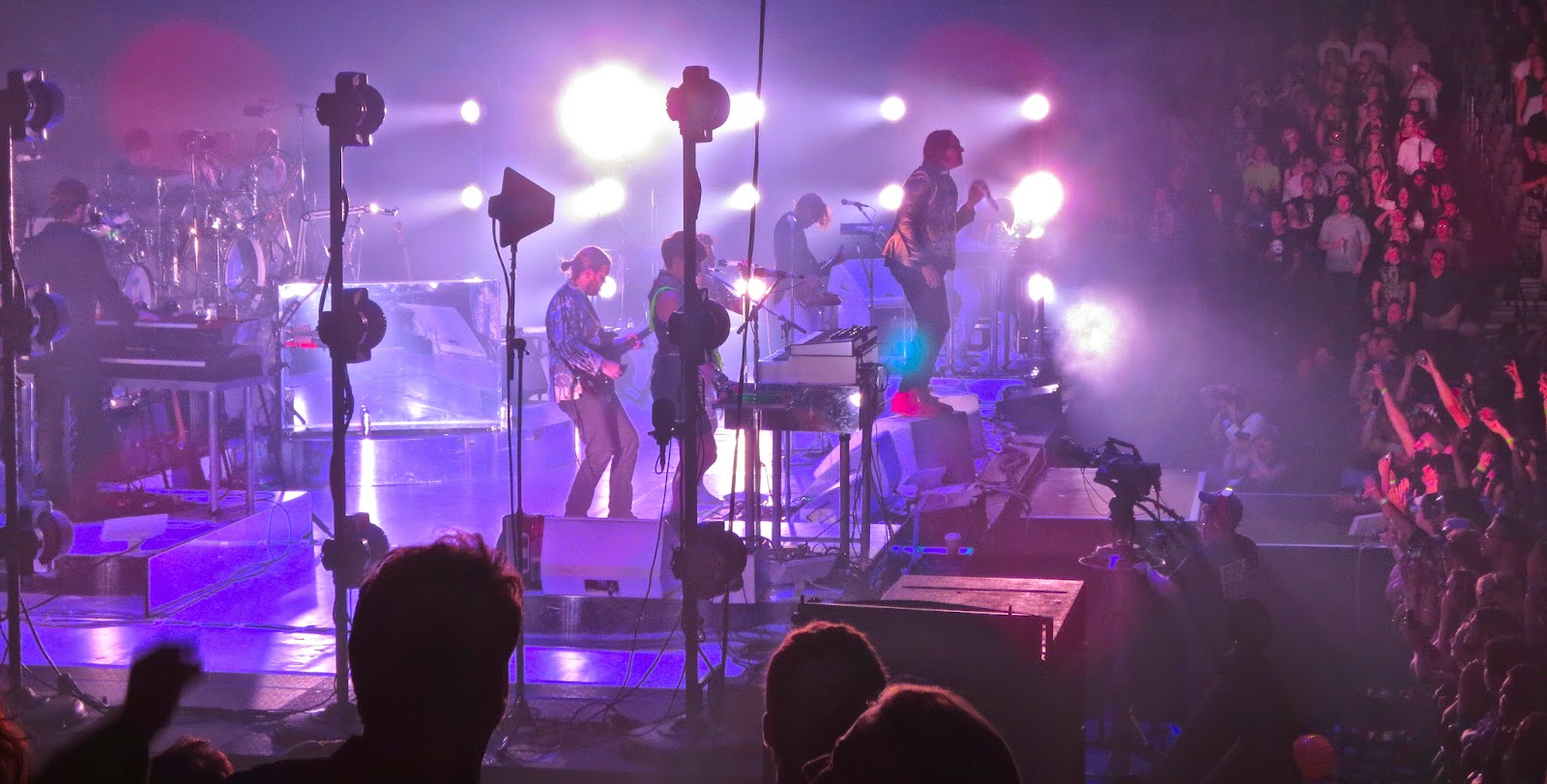 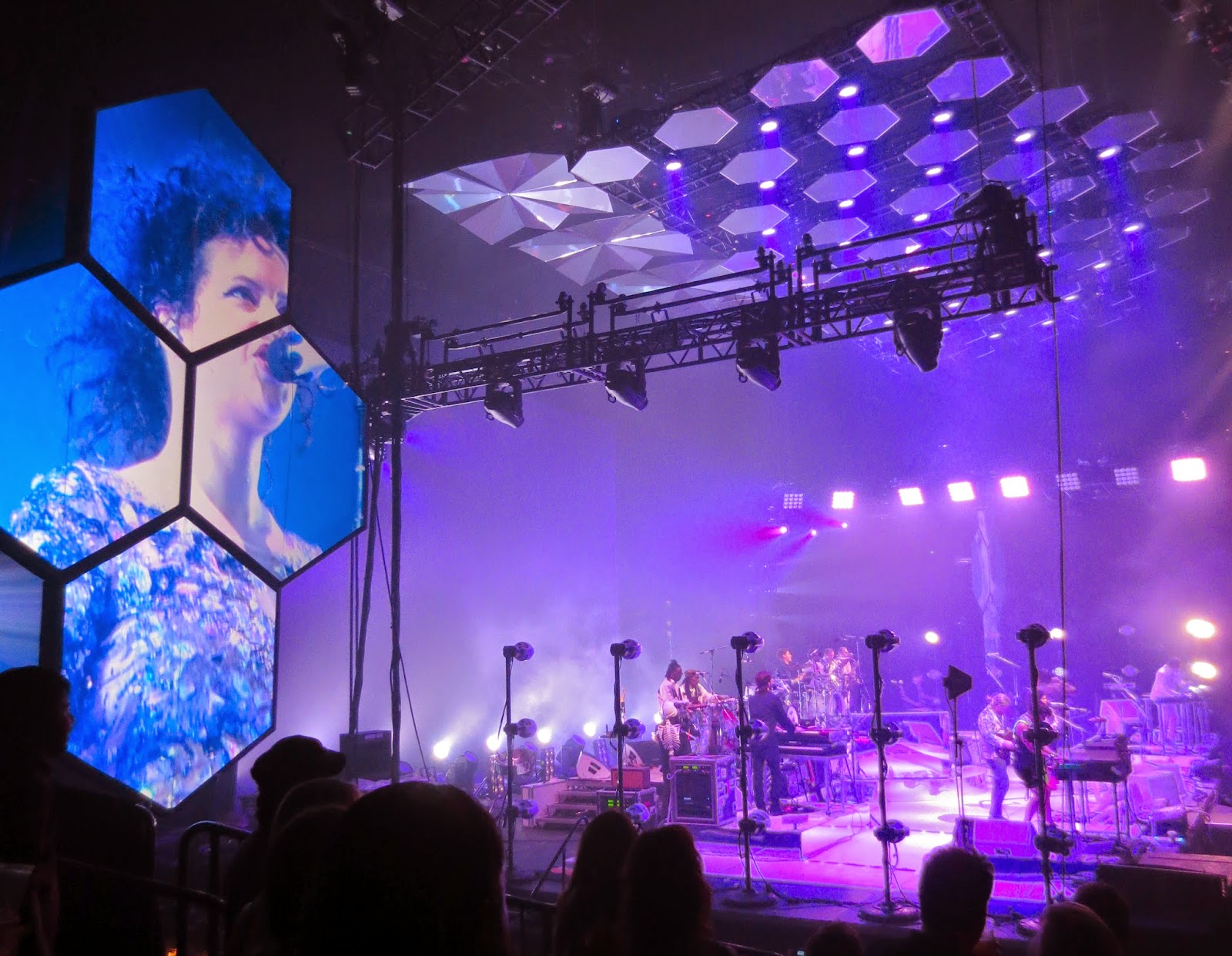 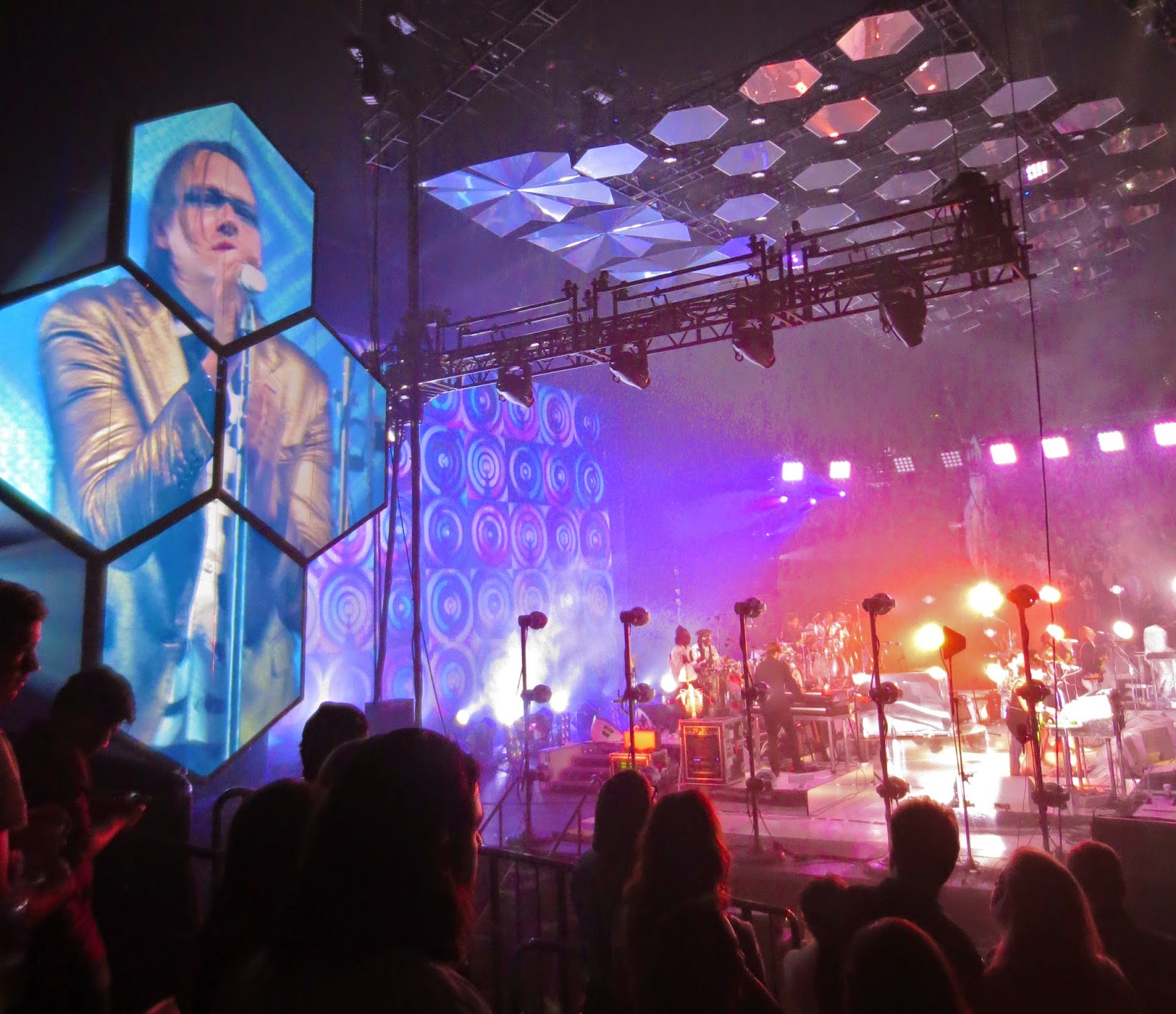 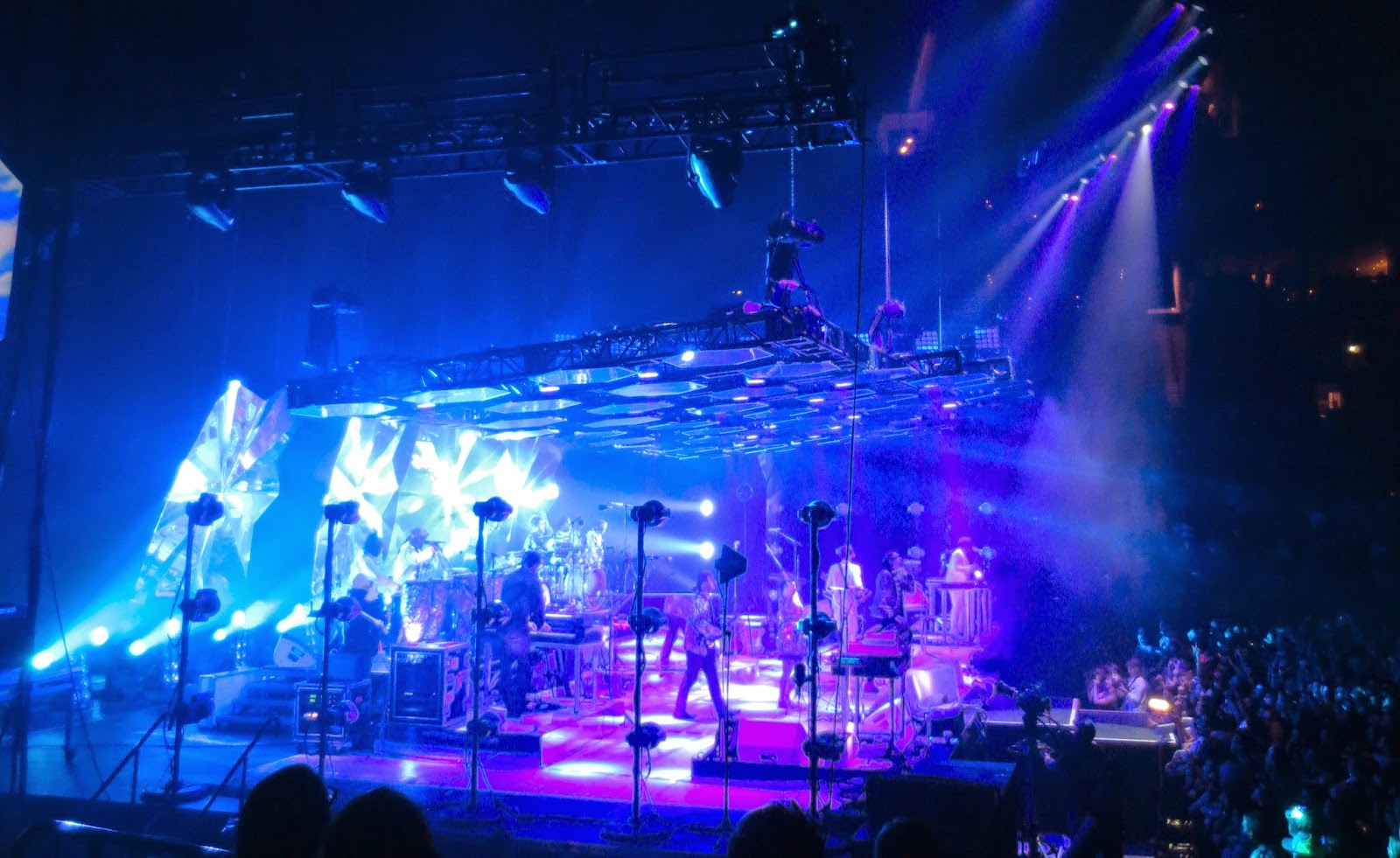 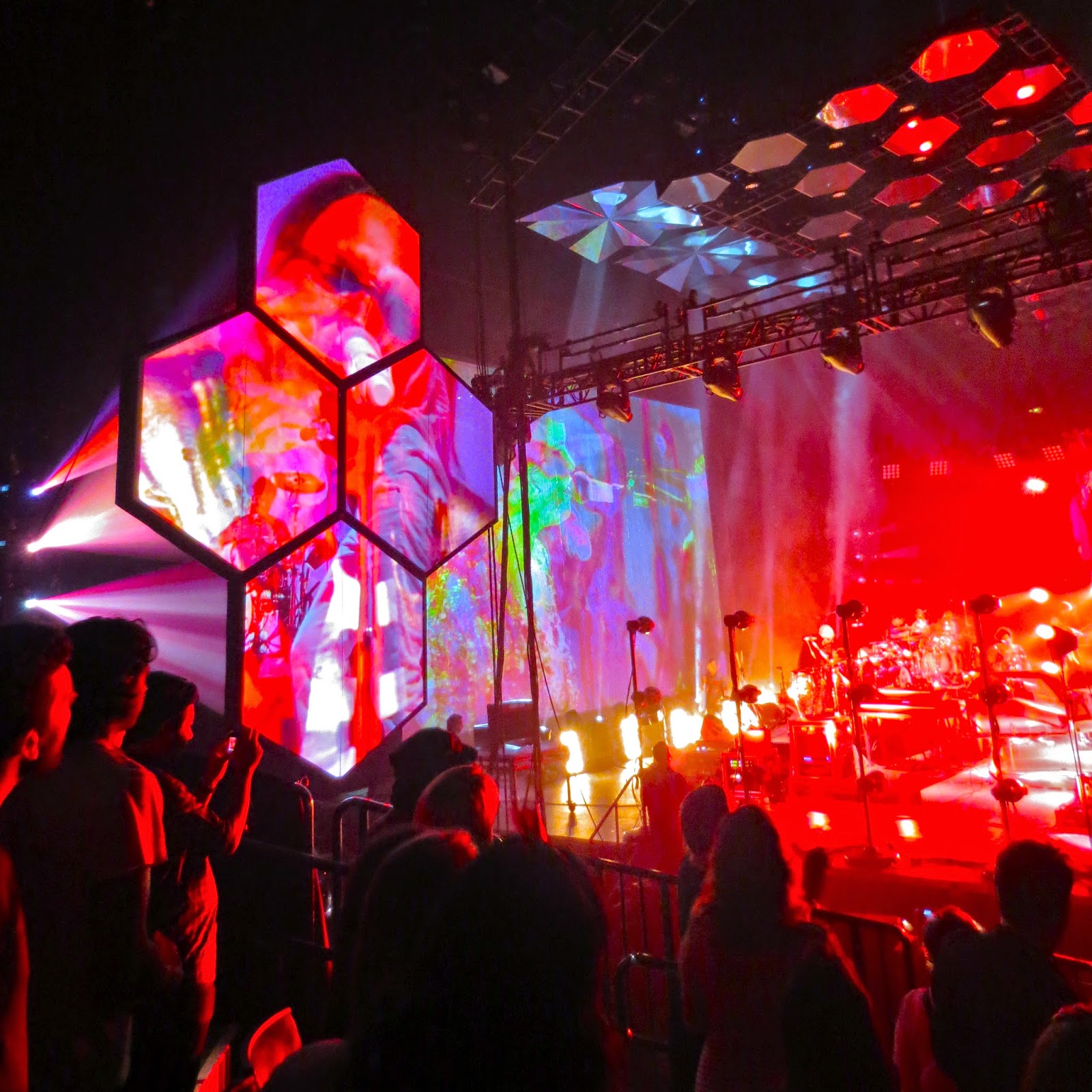 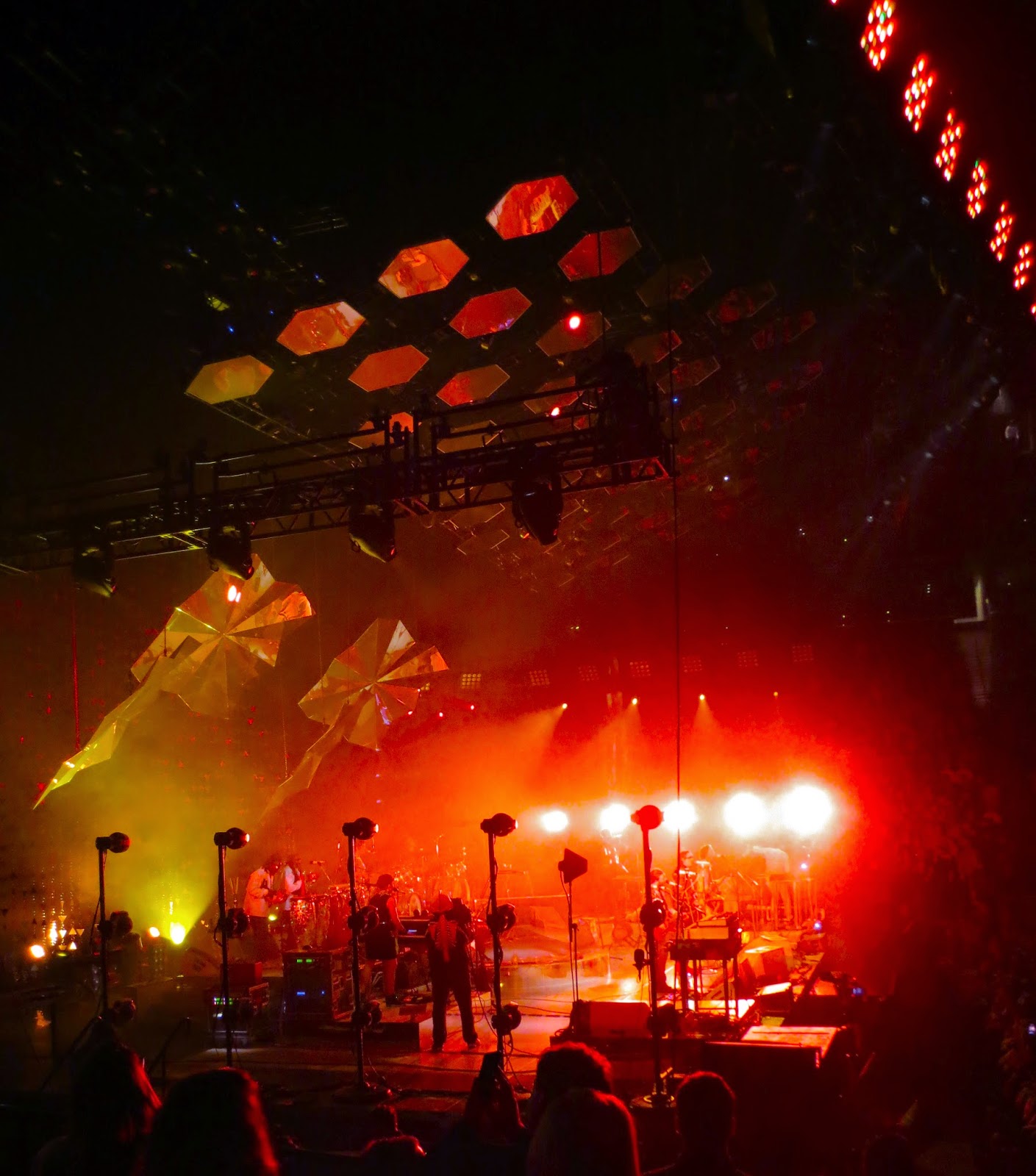 The song "We Exist" was dedicated to "all the boys in high heels" and
on cue, the center floor stage was visited by four male dancers in said footwear... 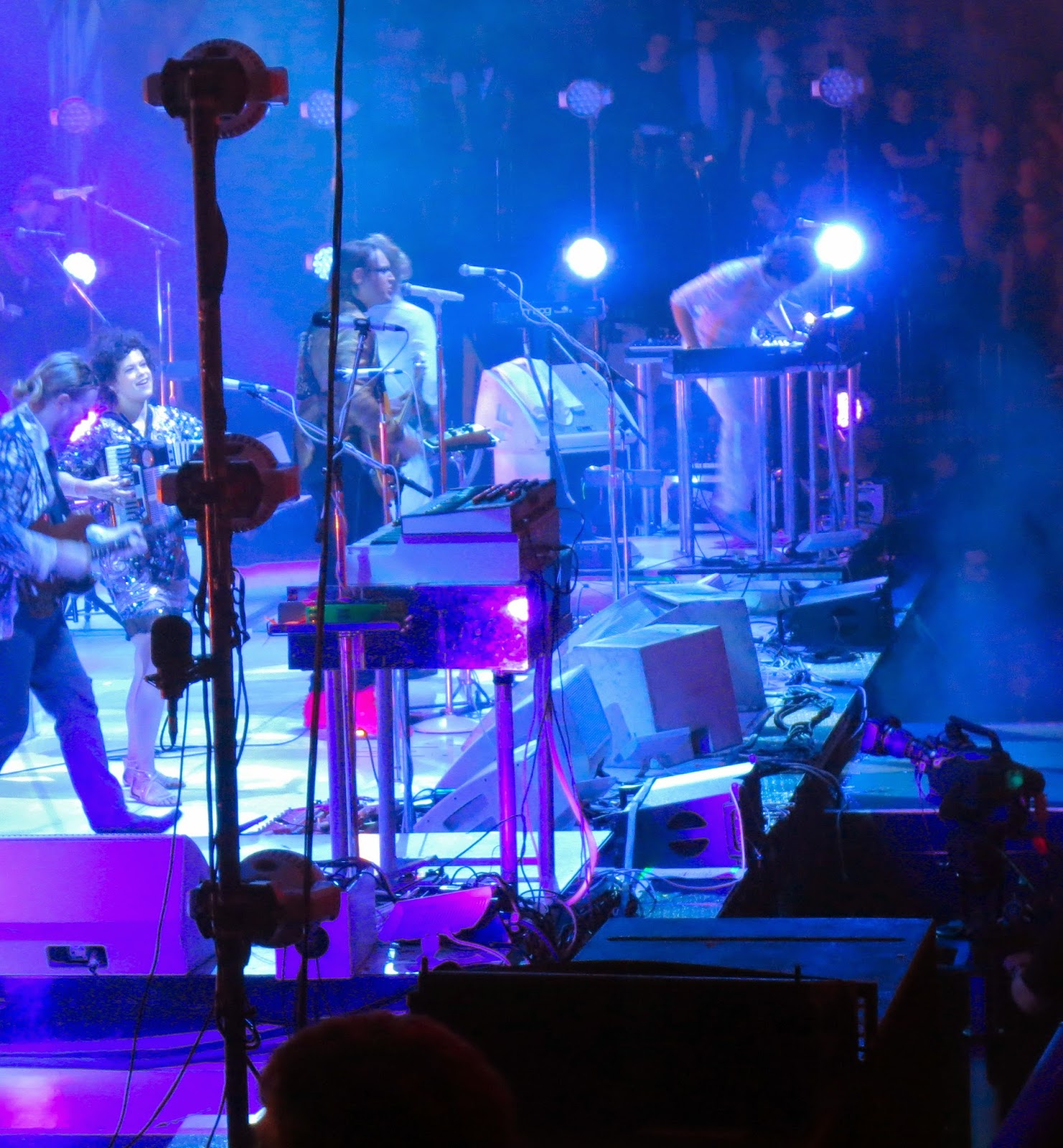 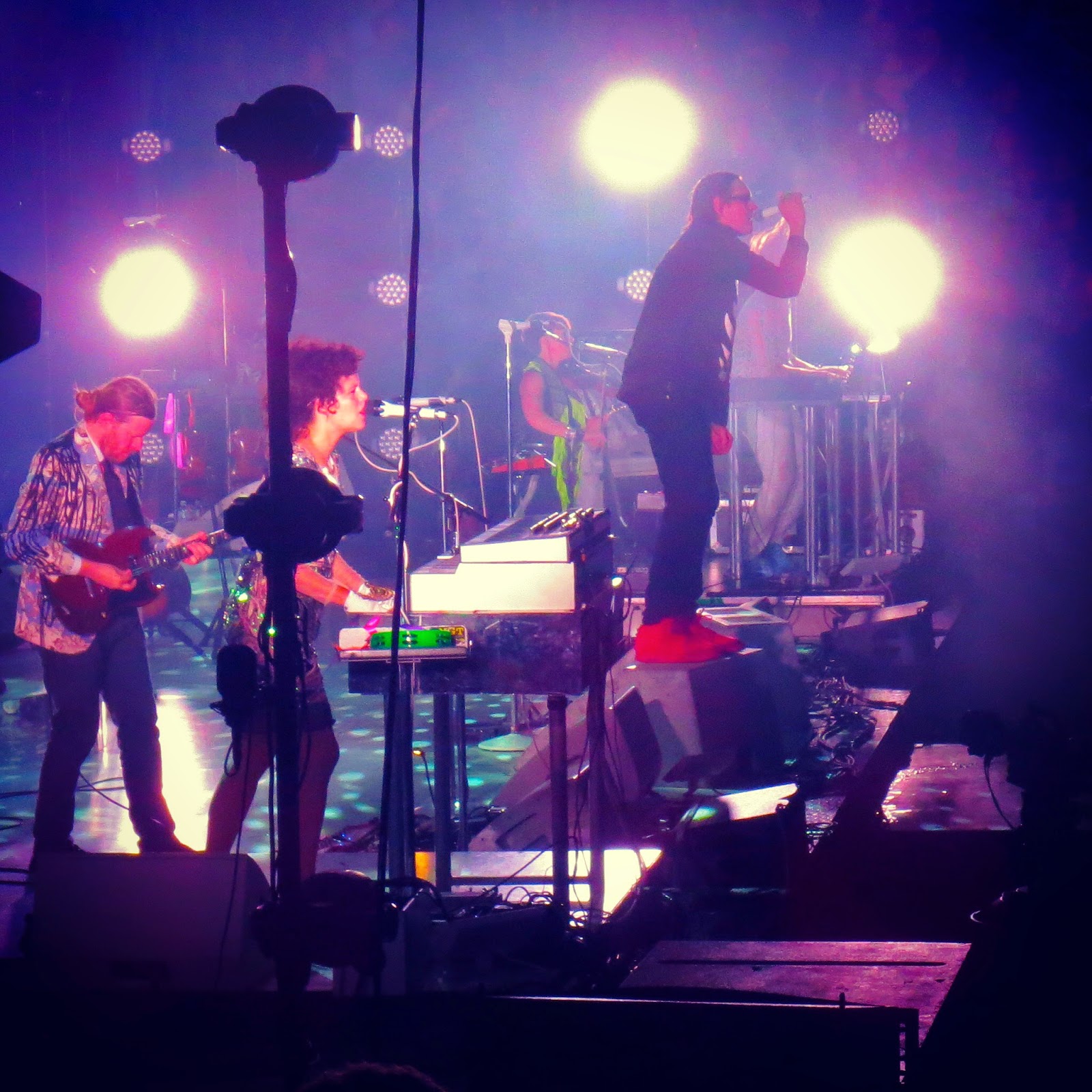 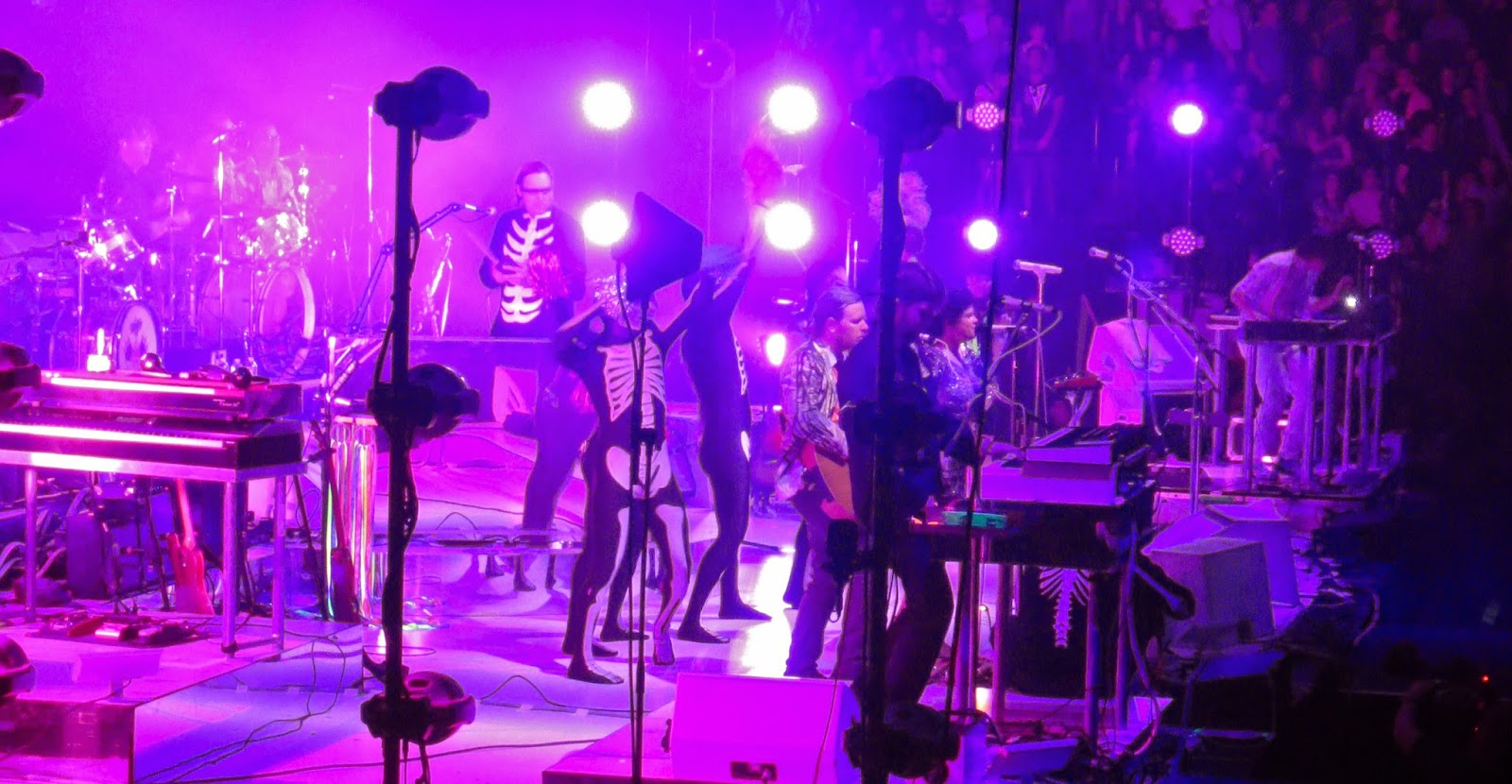 The band were joined briefly by David Byrne, decked out in tuxedo and Klaus Nomi-style makeup... 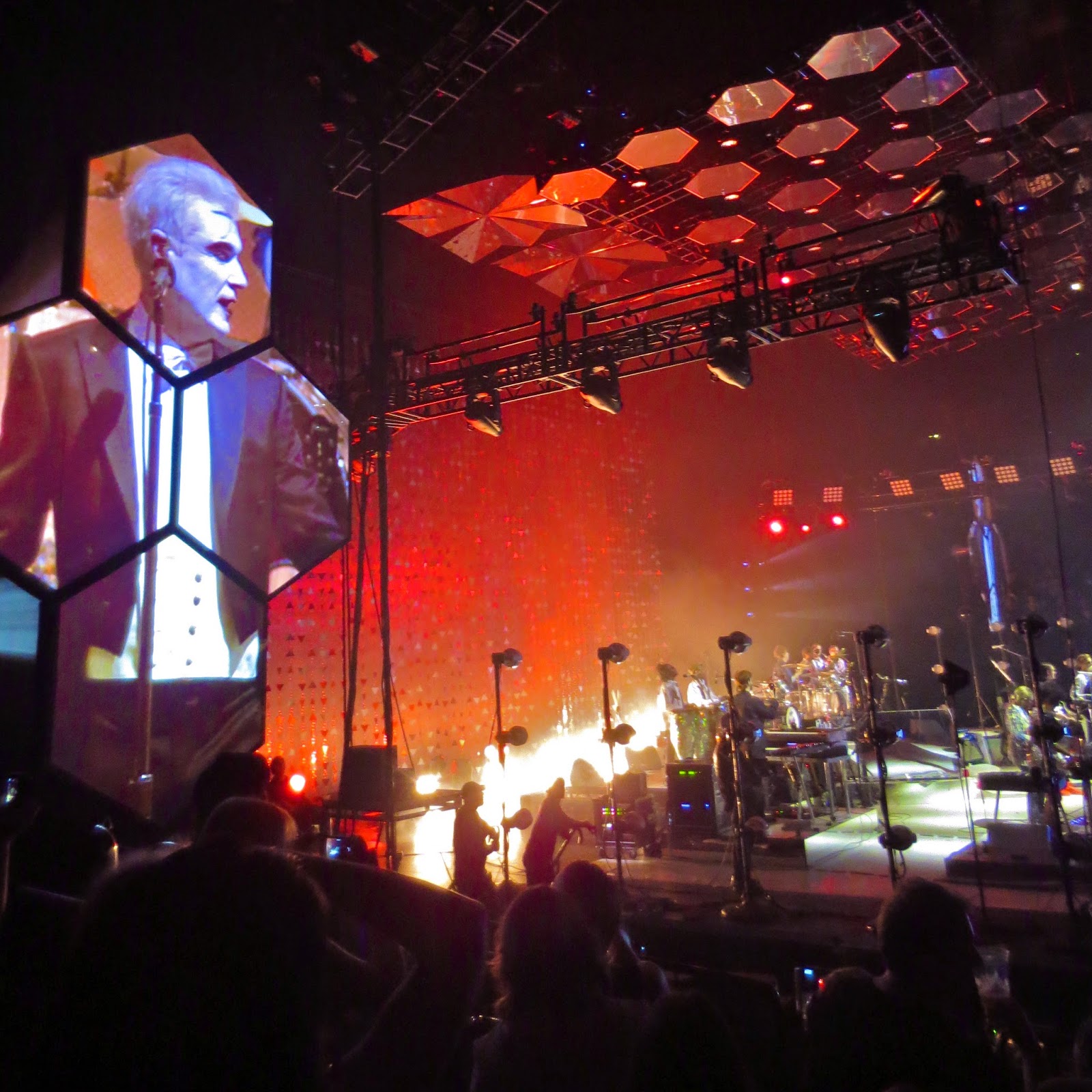 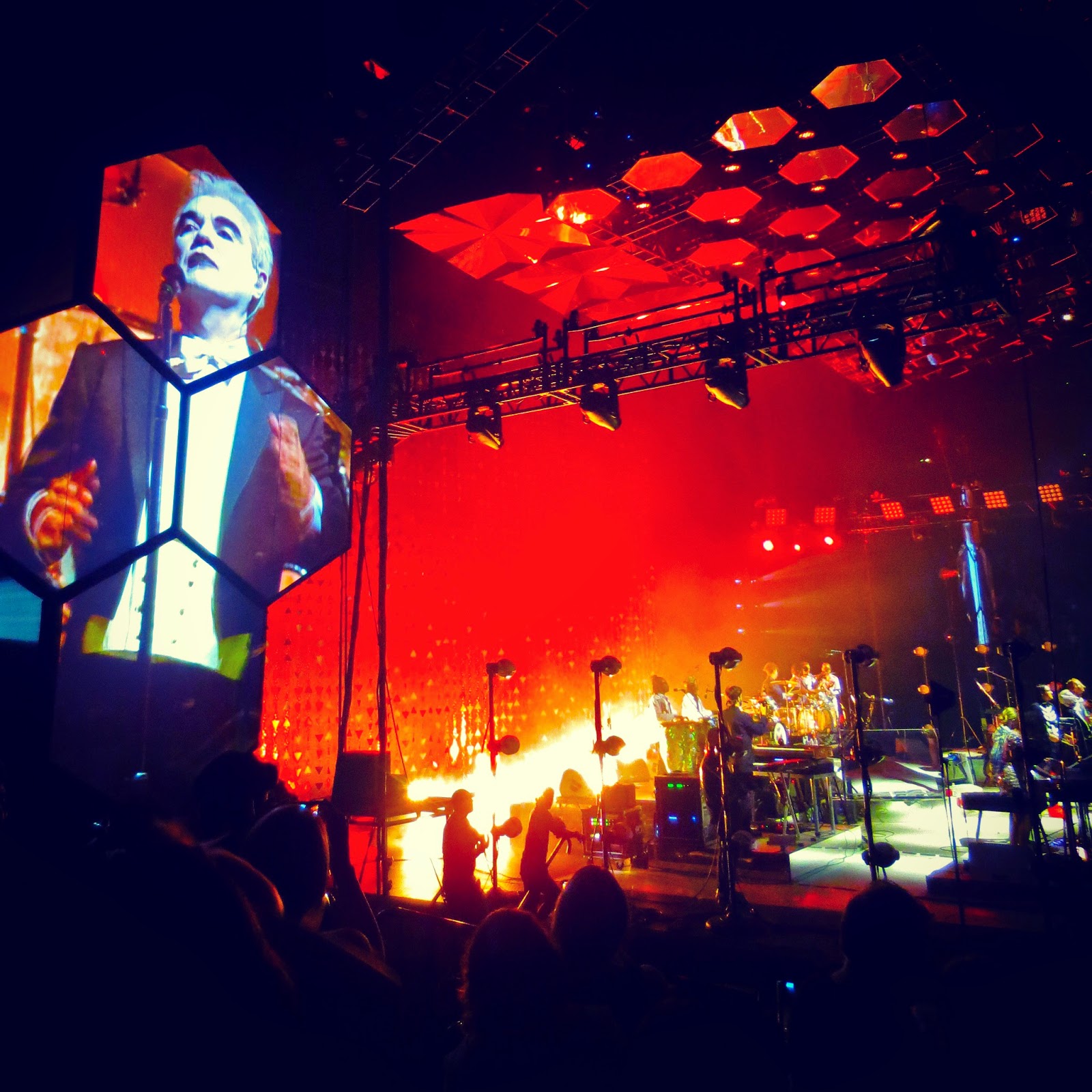 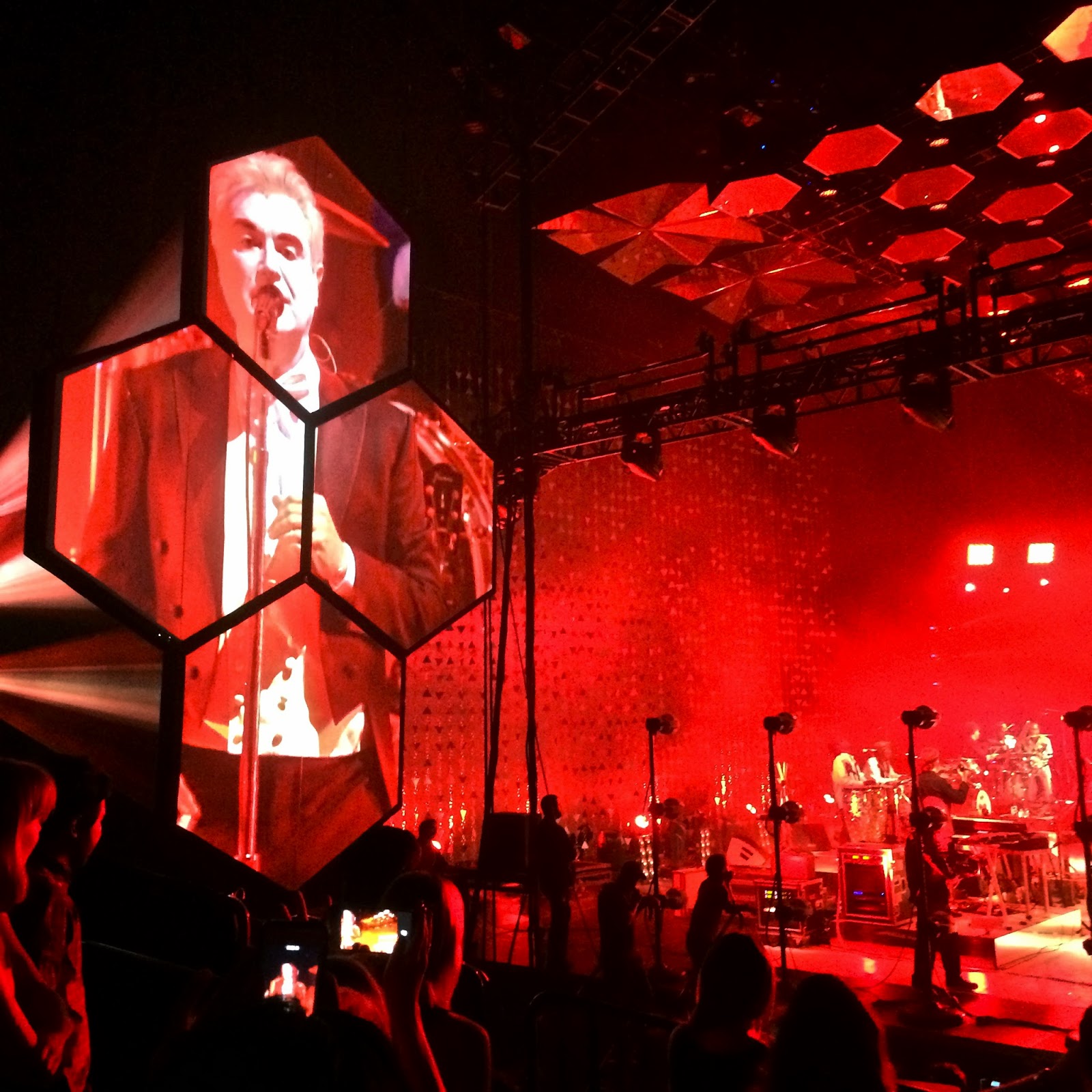 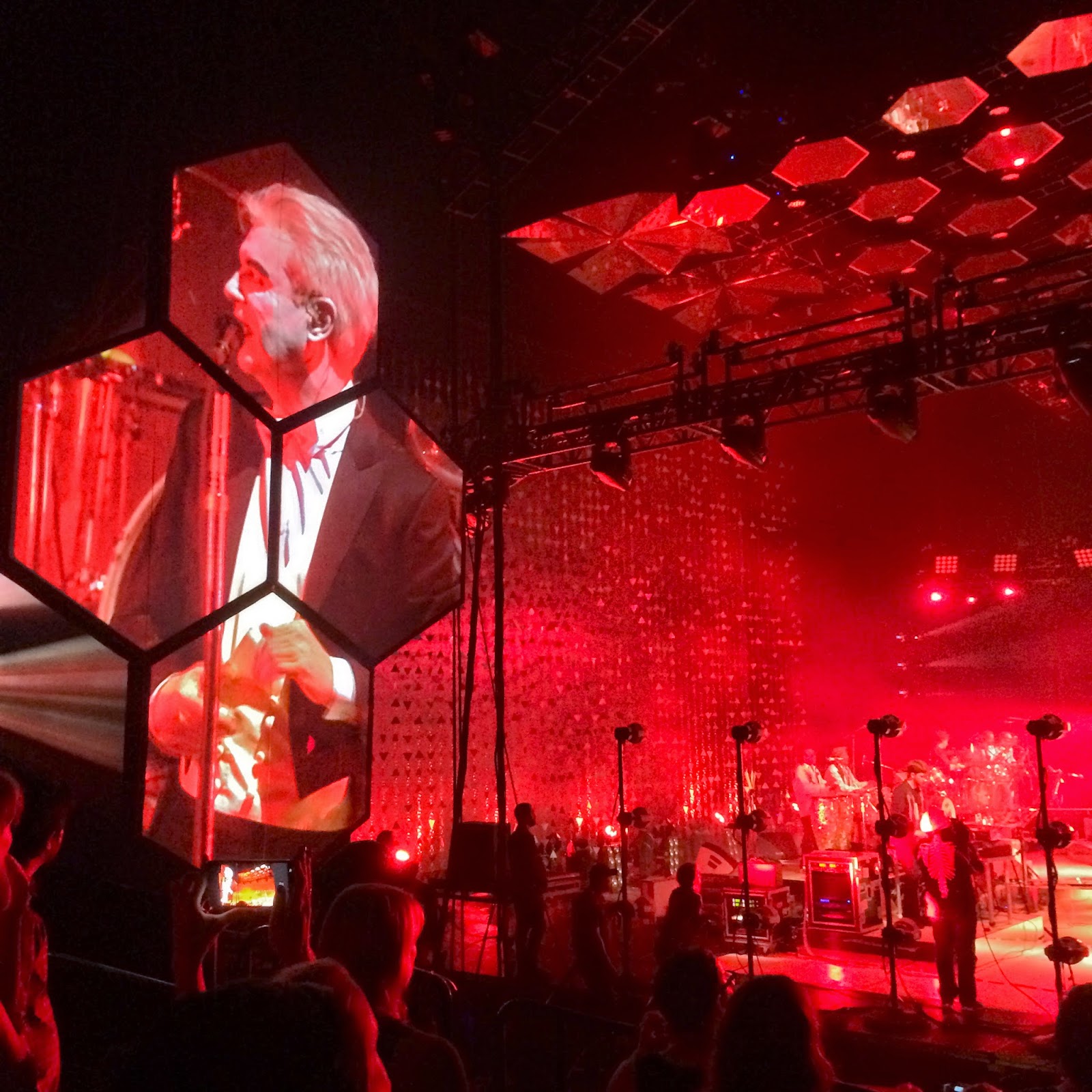 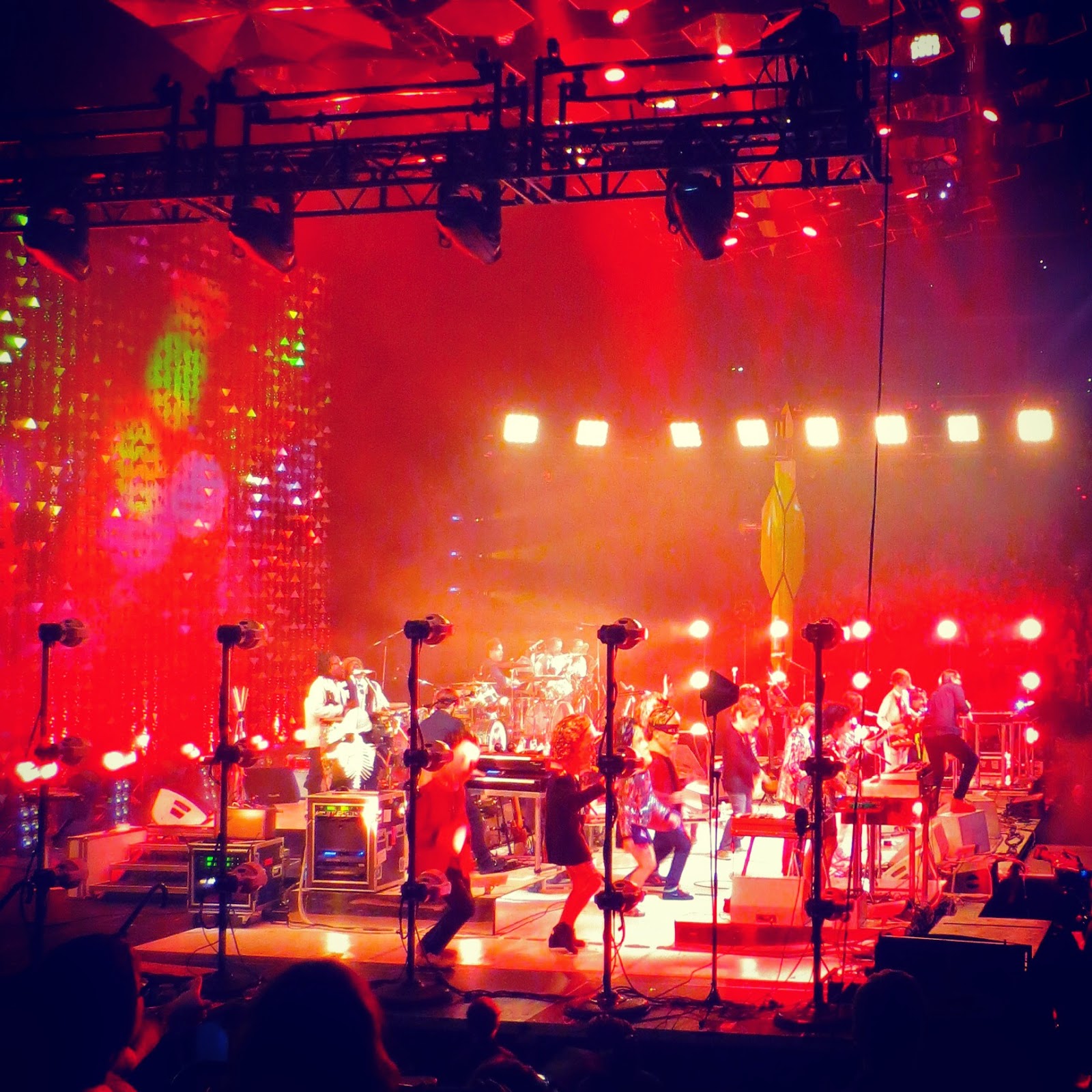 The band dueted with bobble head versions of themselves
and there was, of course, plenty of celebratory confetti... 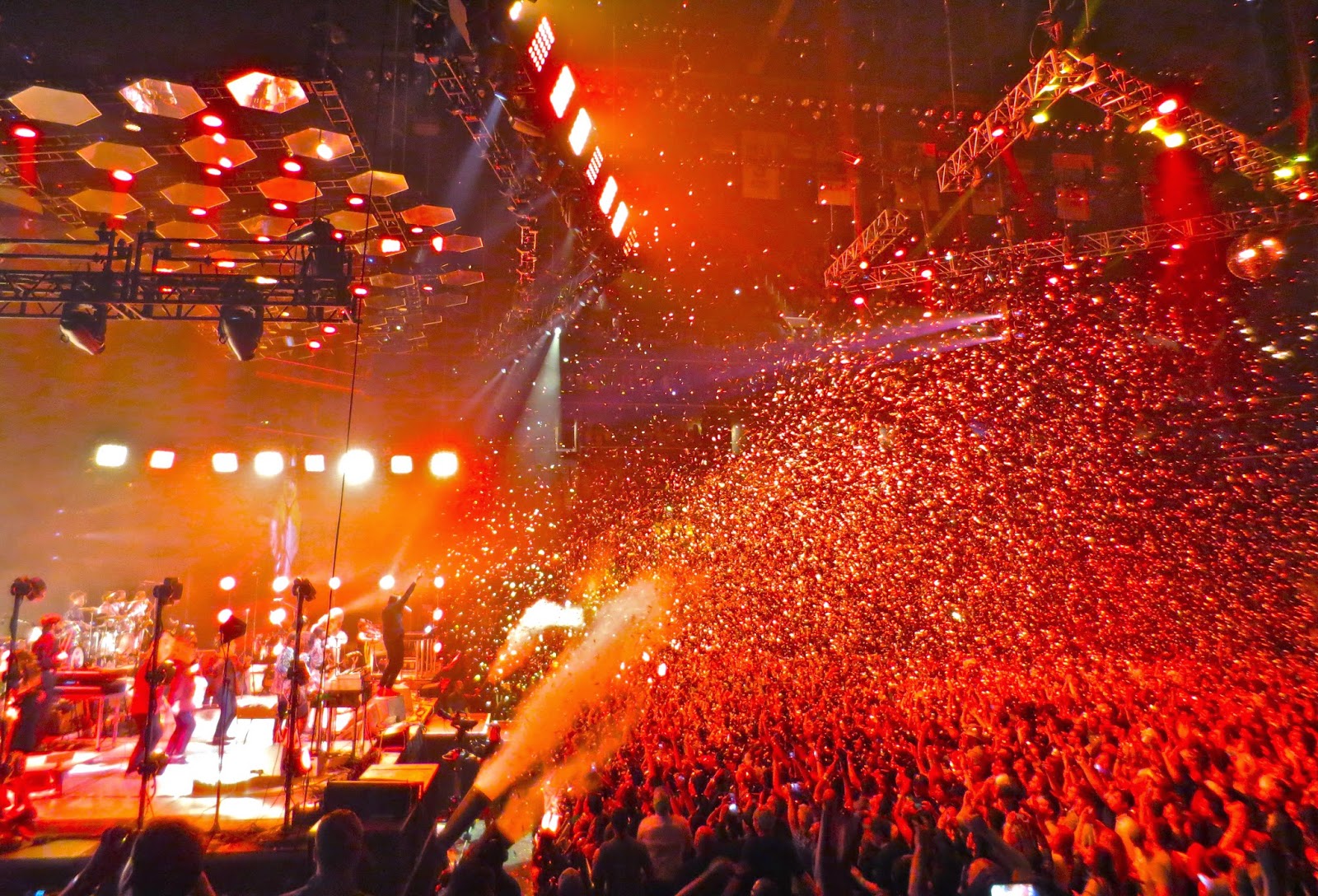 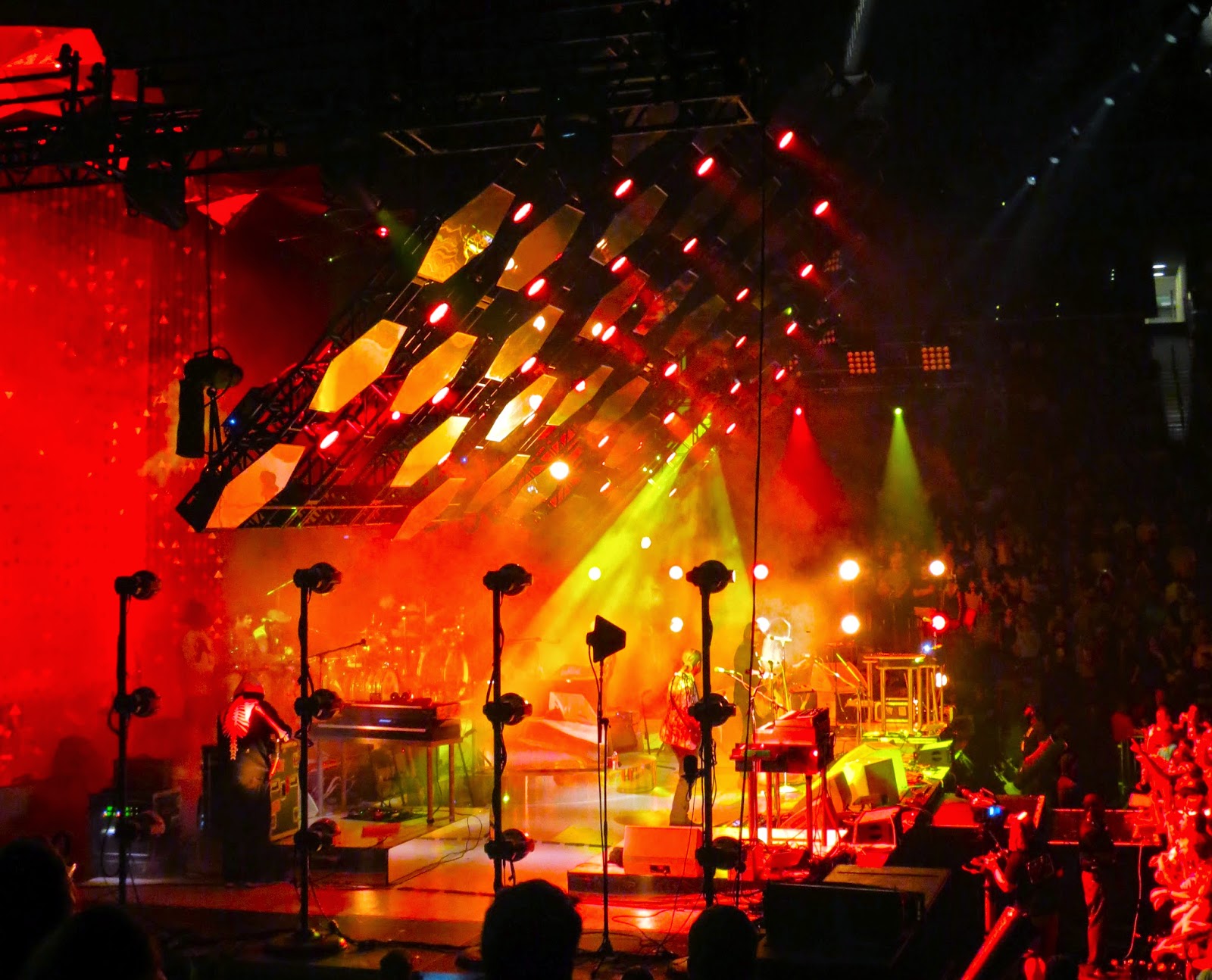 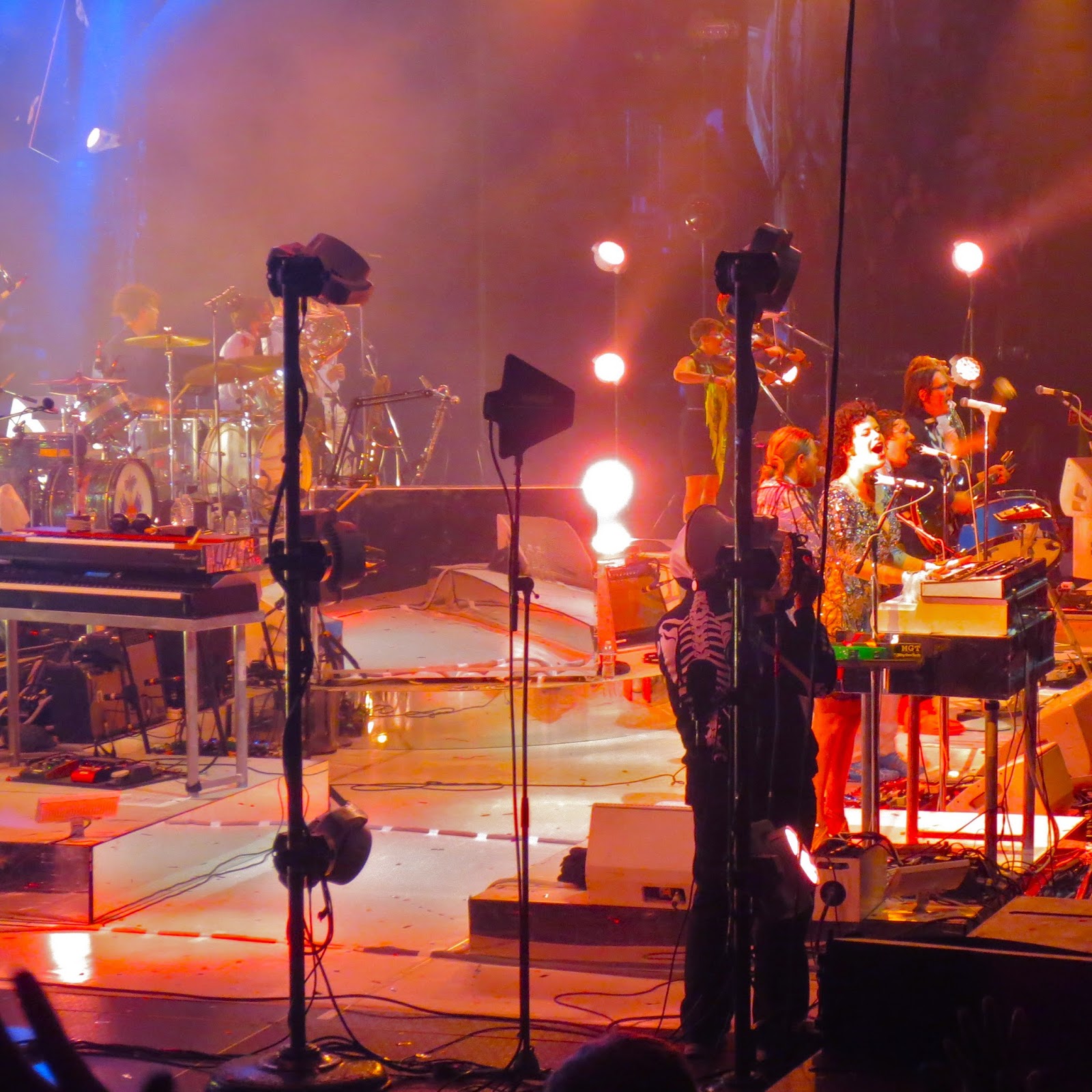 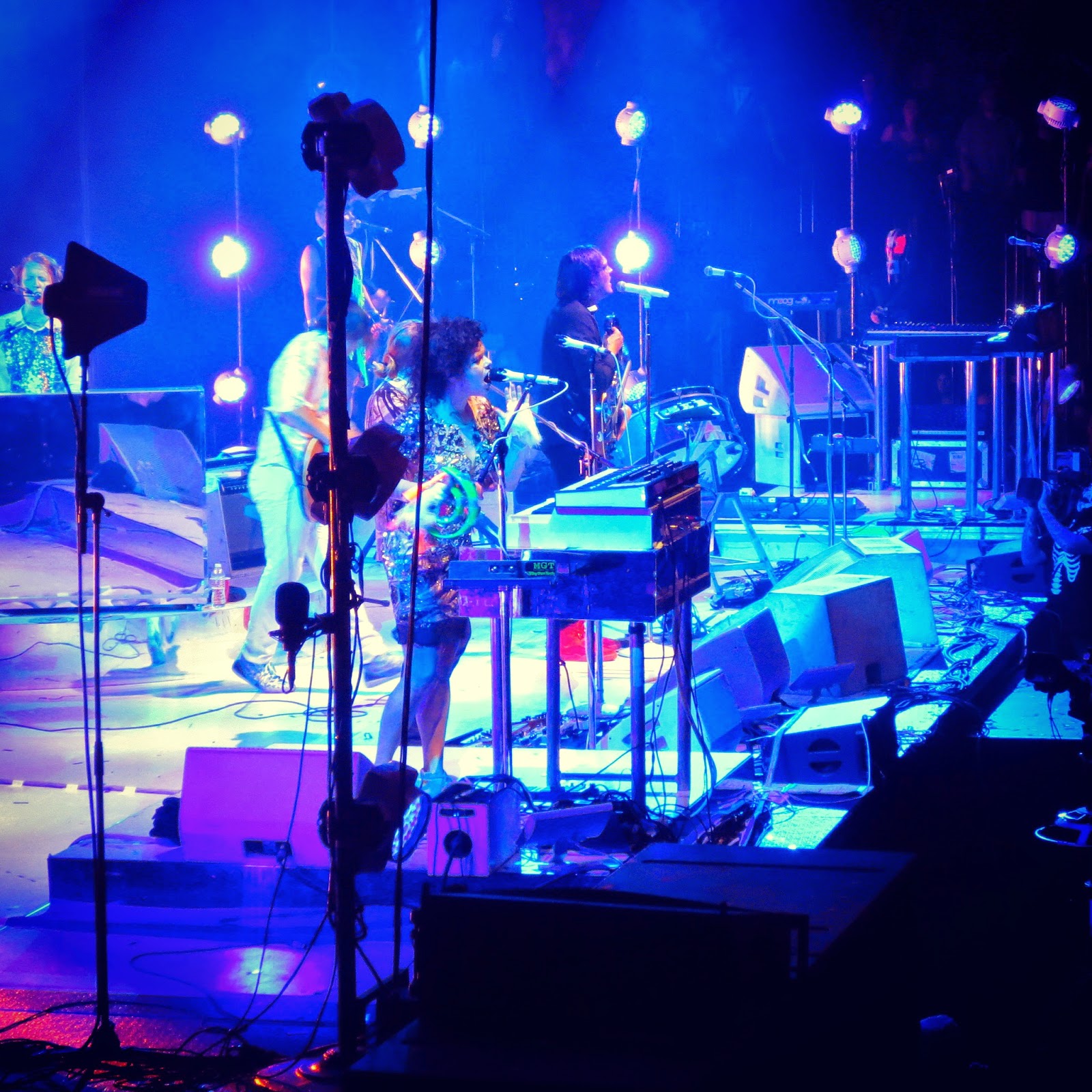 Arcade Fire not only succeeded in three dimensionalizing the potent sound of their latest
album Reflektor, they turned a huge arena into an intimate celebration. This was perhaps
one of the most spirited and joyful shows I've ever attended. Thanks for a great night, folks.
Posted by Christian Montone at 8/25/2014